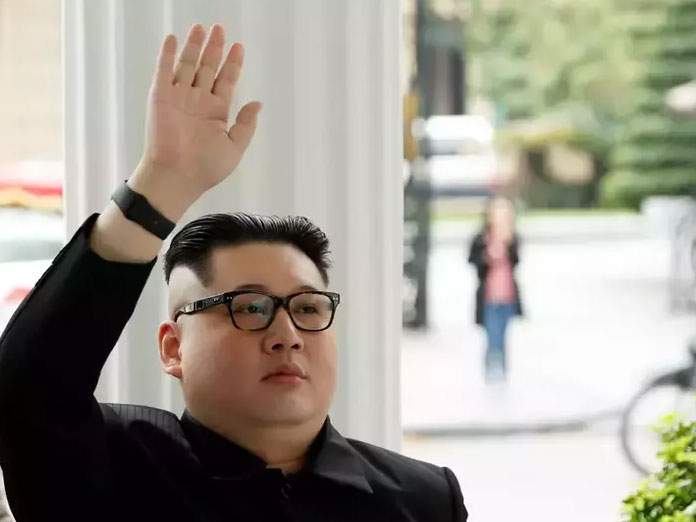 North Koreas Kim Jong Un will soon make an official visit to Vietnam, Hanoi said Saturday as it beefed up security on the Chinese border where Kim is expected to cross by train ahead of his summit with US President Donald Trump next week

Hanoi: North Korea's Kim Jong Un will soon make an official visit to Vietnam, Hanoi said Saturday as it beefed up security on the Chinese border where Kim is expected to cross by train ahead of his summit with US President Donald Trump next week.

Vietnam is hastily preparing for a second summit between Trump and Kim on February 27-28 in Hanoi, and sources have said the North Korean leader is likely to arrive ahead of the meeting for an official visit and to tour industrial zones. "Kim Jong Un will pay an official visit to Vietnam in the coming days," Vietnam's foreign ministry said Saturday in a post on its Facebook page, without providing dates. Pyongyang has not yet publicly confirmed the summit with Trump, and routinely keeps Kim's travel plans shrouded in secrecy. Several sources told AFP Kim is expected to arrive in Vietnam by train ahead of the summit, stopping at the Dong Dang train station near the China border and driving 170 kilometres to Hanoi by car.

Vietnam on Friday announced the unprecedented move of closing the stretch of road from the station to Hanoi on February 26 between 6:00 am and 2:00 pm, state media reported, suggesting Kim could travel on the road between those hours. Soldiers were deployed to the Dong Dang train station on Saturday and along the road to Hanoi, according to AFP reporters at the scene, who spotted several military vehicles and communications equipment in the area. "We are doing security sweeps all the way from Dong Dang to Hanoi and we have to finish by February 24. We are working on orders for the arrival of an important delegation," a soldier told AFP, requesting anonymity.

Security personnel tried to prevent anyone from taking photos and videos in the area and soldiers screened everyone who entered the Dong Dang station. The 4,000-kilometre rail journey from Pyongyang to Vietnam via Beijing could take two and a half days in Kim's dark green armoured train, which is reportedly outfitted with conference rooms and several sleeping chambers. He is expected to pass through the Chinese city of Dandong, where guests at a hotel facing the border bridge from North Korea were suddenly asked to leave Friday. The hotel was closed Saturday for impromptu renovations.

This will be Kim's inaugural visit to Vietnam, and the first time a North Korean leader has travelled to the country since his grandfather Kim Il Sung's trip in 1964. Kim is expected to tack on a visit to Quang Ninh and Bac Ninh provinces, home to several industrial zones, sources told AFP. Bac Ninh is home to a Samsung factory, a major South Korean investor and leading exporter from Vietnam. With its glittering post-war growth, Vietnam has been lauded as an economic model for isolated North Korea which has suffered under punishing sanctions. North Korea is pushing for an easing of those sanctions, but Trump has said he will have to make a "meaningful" gesture on the nuclear front if he wants to see them lifted.

Trump told reporters on Friday that reducing the presence of US forces in South Korea is "not one of the things on the table" and said he would not reveal his bargaining chips ahead of the meeting. Though Pyongyang would be happy to see a reduction of US troops in South Korea Washington would face pushback from Seoul and Tokyo, whose conservative government is deeply wary of the North's intentions. Teams from the United States and North Korea are already in Hanoi hashing out pre-summit preparations. US special envoy to Pyongyang Stephen Biegun and his North Korean counterpart Kim Hyok Chol were both seen at the same Hanoi hotel this week, though neither side confirmed if the pair met face to face.