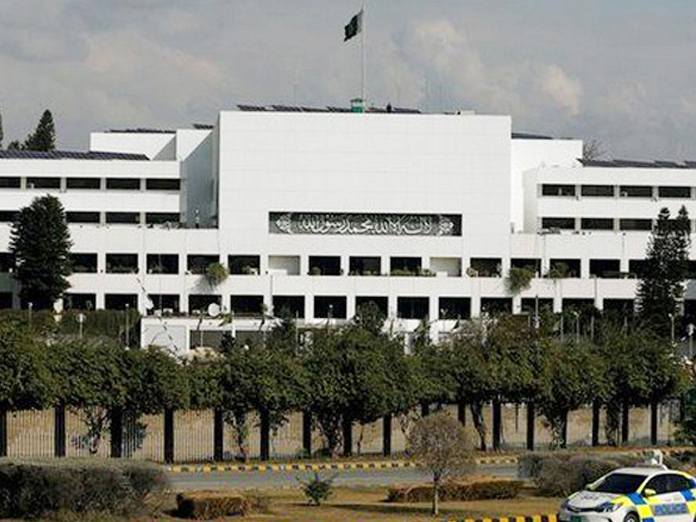 "I have just come from the national security meeting and told the participants that the entire Parliament and nation are united," said Khan.

Opposition parties including Pakistan Muslim League-Nawaz (PML-N) and PPP demanded a joint session to decide the further step that Pakistan would take.

"We are in a state of war. The Parliament should sit together and decide," Pakistan People Party (PPP) leader Khursheed Shah said.

"It is not the time for political point-scoring and we should put aside our differences and unite the entire nation," he added.

The opposition leaders have also urged the Pakistan government to avoid the upcoming Organization of Islamic Cooperation (OIC) in which India's External Affairs Minister Sushma Swaraj has been invited as the guest of honour.

"It is an insult that our enemy is being invited as a guest of honour when Kashmiris are facing bloodshed," said Asif.

Earlier, Pakistan Prime Minister Imran Khan had also called a meeting to review the situation after IAF's operation across LoC.

Earlier in the day, Shah Mehmood Qureshi also summoned an emergency meeting at the foreign office in Islamabad to discuss the situation.

"I have already said that I don't want to mislead the public. Clouds of danger are hovering over us and we will have to remain alert," Samaa TV quoted Qureshi, as saying.

The air strike, in which 12 Mirage 2000 jets took part, was carried around 3:30 am, IAF sources told ANI. The jets dropped 1000 Kg bombs on terror camps across the LoC, completely destroying them, sources added. Jaish-e-Mohammad (JeM) control rooms were also destroyed in the strikes.

The Indian action came 12 days after Pakistan-based JeM carried out a terror attack on a CRPF convoy in Pulwama in Kashmir, killing around 40 personnel and injuring five others.