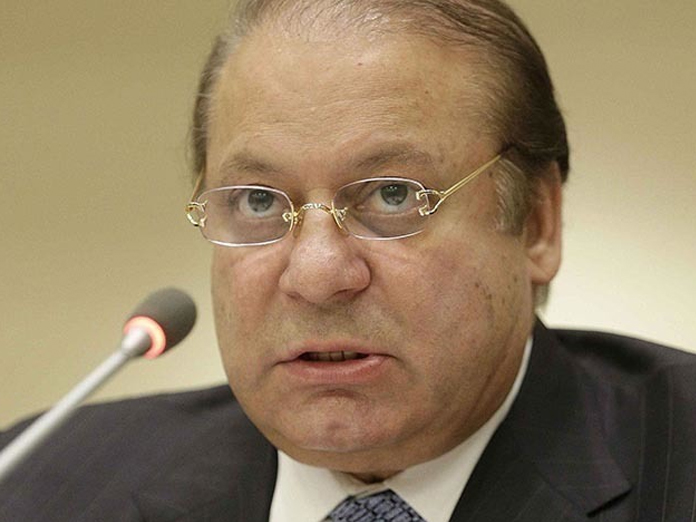 Pakistans Opposition Leader and PMLN chief Shehbaz Sharif met his elder brother, deposed prime minister Nawaz Sharif, in jail here and briefed him on the latest geopolitical situation, especially the tensions with India, according to a media report

Lahore:Pakistan's Opposition Leader and PML-N chief Shehbaz Sharif met his elder brother, deposed prime minister Nawaz Sharif, in jail here and briefed him on the latest geopolitical situation, especially the tensions with India, according to a media report.

Sharif, 69, is serving seven-year imprisonment in the Al-Azizia Steel Mills corruption case in the Kot Lakhpat Jail in Lahore.

"The purpose of the meeting on Saturday was to brief him (Nawaz) on the latest geopolitical situation, especially the tensions with India," the Express Tribune reported, quoting party sources.

Court cases against the Sharif family were also discussed during the meeting. Shehbaz also inquired about Nawaz's health, the paper said.

Tensions between India and Pakistan flared up after a suicide bomber of Pakistan-based terror group Jaish-e-Mohammad killed 40 CRPF personnel in Kashmir on February 14.

Amid mounting outrage, the Indian Air Force carried out a counter-terror operation, hitting what it said was a JeM training camp in Balakot, deep inside Pakistan on February 26.

The next day, Pakistan retaliated with a large air formation, comprising 24 fighter jets, including F-16s.

Sharif was the prime minister during the Kargil conflict in 1999.

Last week, Sharif was sent back to jail after his 10-day stay in Jinnah Hospital Lahore in connection with his treatment.

According to a Punjab government official, the three-time prime minister asked the doctors to shift him back to jail after his bail petition on medical grounds was rejected by a court.

Three corruption cases - Avenfield properties, Flagship investment and Al-Azizia steel mills - were registered against the Sharif family by the anti-graft body in 2017 following a judgment by the Supreme Court that disqualified Sharif in the Panama Papers case in 2017.

He was sentenced to 10 years in prison in the Avenfiled case in July 2018 which was related to his properties in London.

Later he was given bail in September.