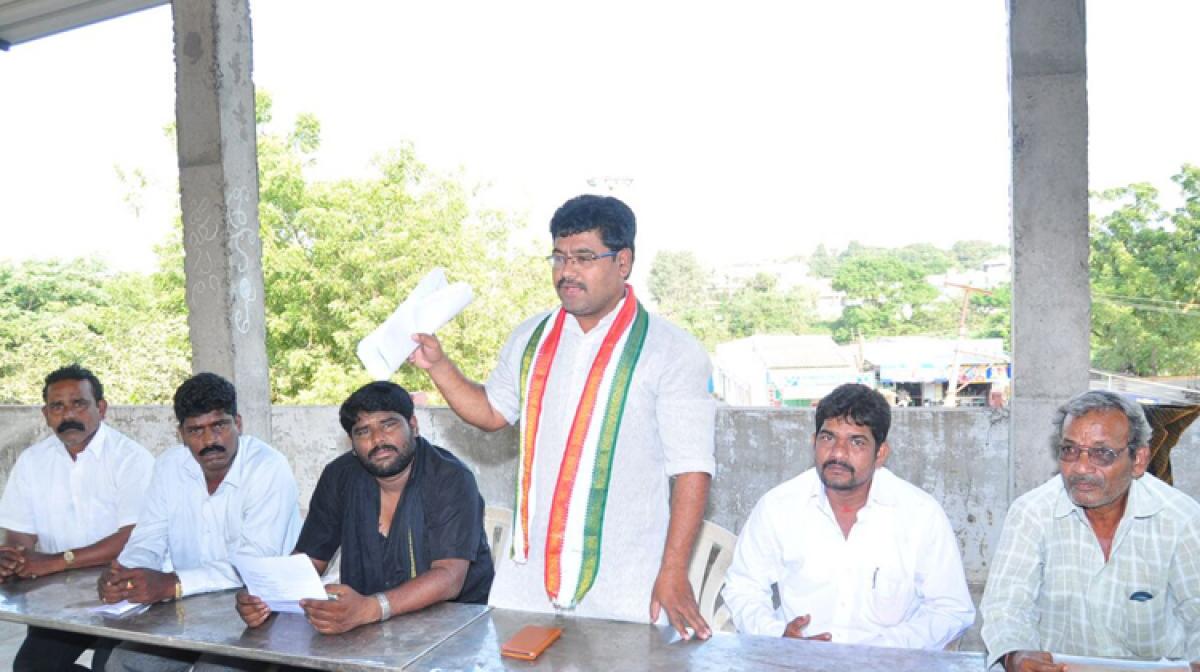 Many people and youth present across the country are eagerly waiting to see Rahul Gandhi as the Prime Minister after 2019 elections with the slogan...

Khammam: “Many people and youth present across the country are eagerly waiting to see Rahul Gandhi as the Prime Minister after 2019 elections with the slogan ‘Modi ko Hatavo- Rahul ko Laoo’,” stated MD Fazal, the State convener of Congress Minority Cell. A meeting was held with the leaders of Congress ST-Cell under the leadership of D Shankar Naik here at 38 division on Tuesday.

Speaking at the meeting, Fazal alleged that the BJP government made a promise to the people that it will construct a house for each family, who owns land by sanctioning loans. But there were no signs of such measures taken by the government till date. Without proper shelter to live in, many people belonging ST, SC and Minorities were living in miserable conditions in the country and in the district.

Humans in India may have survived supereruption 74,000 years ago

Lady Gaga's new single 'Stupid Love' to release tomorrow
We use cookies for analytics, advertising and to improve our site. You agree to our use of cookies by continuing to use our site. To know more, see our Cookie Policy and Cookie Settings.Ok