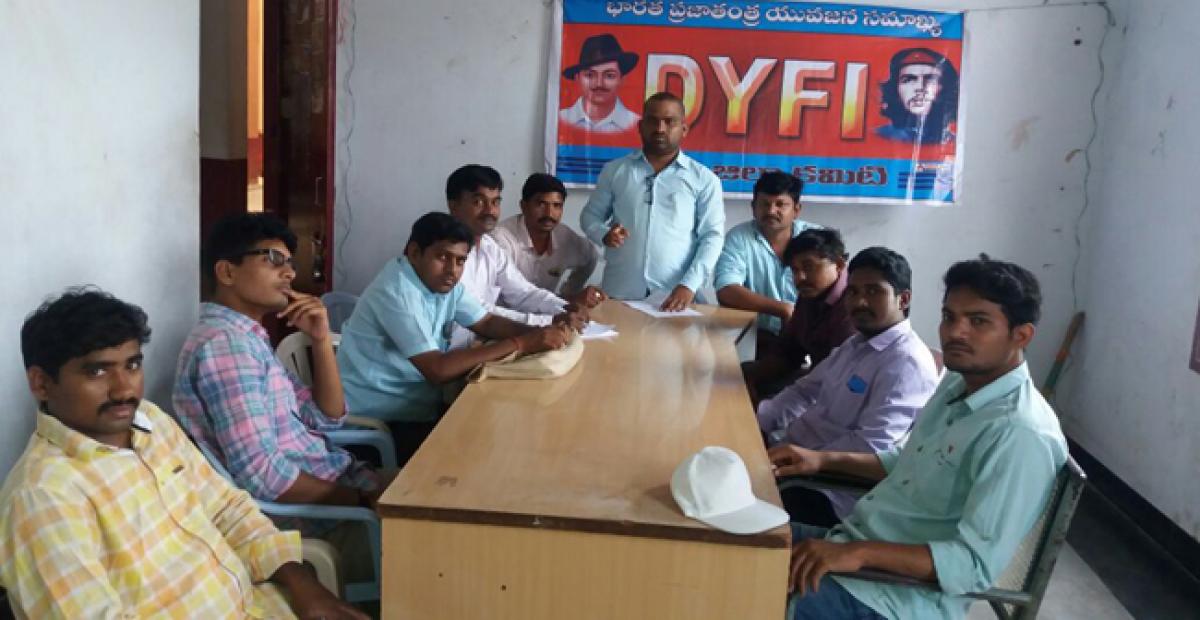 The representatives of the Bhagat Singh Blood Donors Club observed the World Blood Donor Day at the office of the Democratic Youth Federation of India’ (DYFI) here on Thursday.

Khammam: The representatives of the Bhagat Singh Blood Donors Club observed the World Blood Donor Day at the office of the Democratic Youth Federation of India’ (DYFI) here on Thursday.

Speaking on the occasion, District Secretary of the DYFI and Co-convenor of Bhagat Singh Blood Donors Club Shaik Basheeruddin said the World Blood Donor Day is observed on the occasion of birth anniversary of the Karl Landsteiner, immunologist and pathologist, who discovered blood groups. donation of blood saves the life of fellow human beings and it is the highest gift one can give to the persons who are in need.

Since blood cannot be manufactured, many people are dying due to unavailability of the perfect match blood across the world. Poor people and patients depend on the regular blood donors who donate blood unconditionally, he added.

The DYFI established the Bhagat Singh Blood Donors Club for donating the blood to the poor and the needy. A total of 130 members donated blood till date under the banner of, He said that blood is a very scarce commodity and people could save the lives of their fellow human beings through donations.

If anyone wants to donate blood voluntarily, they can contact the DYFI representatives. By collecting the blood from donors, the Bhagat Singh Blood Donors Club will help the poor patients and needy people in times of emergency. Representatives of DYFI Veerabhadram, Bhukya Upendar Naik, P Ram Babu, Ramesh, Rajesh, Dasu, Giri and Naresh were present at the programme.