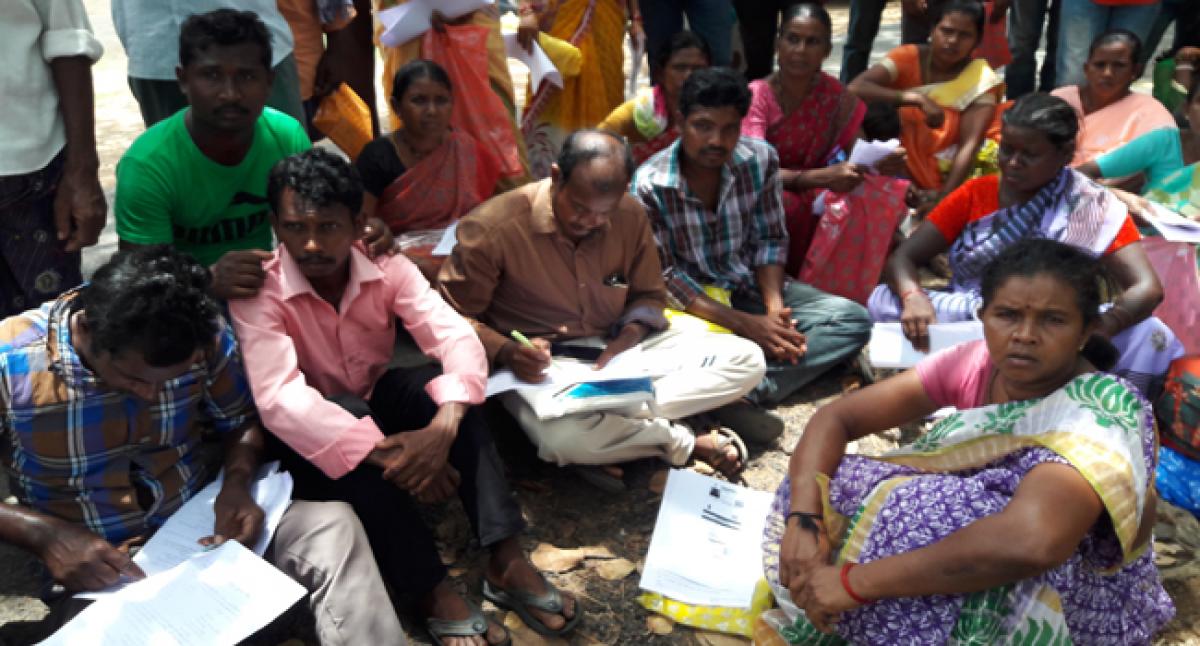 Since the government officials are not solving their problems, they conveyed their agony and pain to the people through media. Konda Reddis are tribal hill caste people living in Bhadradri Kothagudem district. As many as 1,016 families are living in two mandals of Aswarao Pet and Dhamma Pet. In those 346 families, there are 510 men and 506 women.

According to them, they have been living these villages for ages but the governments totally neglected them and hardly did any development works. Even after the formation of Telangana State, their condition did not change. They said that the government did not build houses for them in their villages. They are living in the same old rundown houses which were constructed some 30 years ago.

After the TRS government launched the two bedroom house scheme for the poor, they urged the officials to construct houses for them. But they constructed only 20 houses in Gopgupude village. Not only that, these people are still waiting for the Patta passbooks for their Podu lands. They only depend on the Podu lands for their survival but the government has not given even a single patta to their lands.

Now, they demand the government to give the Podu land pattas and provide the input subsidy under the Rythu Bandhu scheme. As far as education is concern, not a single person has studied beyond high school among the 1,016 family members. They stoptheir education in Intermediate.

In the united Andra Pradesh, 90 per cent Konda Reddi families were living in Khammam district. After the bifurcation of the State, 80 per cent of them were separated and are now living in Andra Prades as their mandals merged with Polavaram in East Godavari district in Kunavaram, Chintoor, and VR Puram mandals. The remaining ten percent of the people are living the in Bhadradri- Kothagudem district of Telangana.

He also demanded the government to construct double bedroom houses immediately to all families living in the two mandals and implement the RBS scheme for their Podu lands. Murla Ramesh Reddi appreciated the government for providing the KCR kits to their families but added that nothing sufficient if are no good roads and drinking water facilities in the villages.