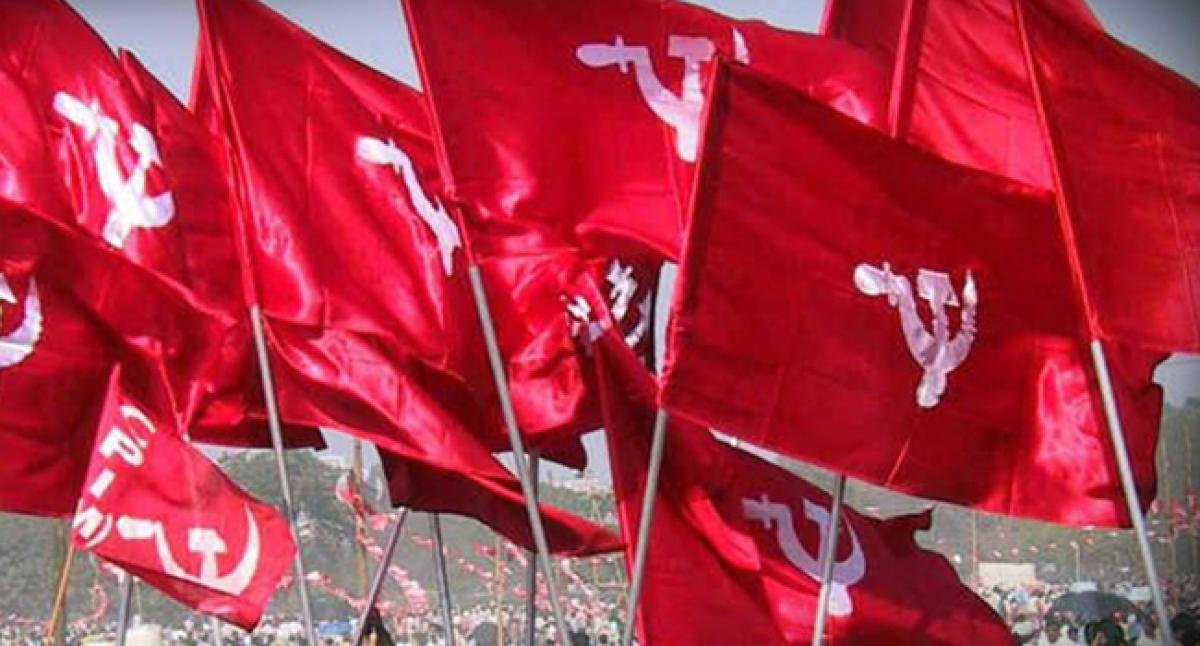 Kothagudem: The Telangana Rashtra Samithi is planning to storm the Communist Party(Marxist) bastion in Kothagudem district and wrest the reserved Bhadrachalam seat from the Left party in the next Assembly election in 2019.

The ruling party has started poaching upon the leaders and workers of Left parties. Several Communist parties’ workers have joined the TRS in villages and mandals of the district.

The TRS leaders are now openly claiming that in the next State elections the Schedule Tribe reserved Assembly seat of Bhadrachalm will go to the party’s kitty and they are just waiting for the elections to be conducted.

Significantly, Bhadrachalam is the only seat that the CPM had won in the last State elections held in 2014. If this seat is gone the party will have to fight for survival in Telangana as it has been doing in other States.

The symptoms are quite obvious from the aggression of the ruling party. Though the elections are one year away, TRS leaders are readying the ground for the elections. Senior TRS leaders are frequently visiting villages and organizing meetings and doing publicity of various welfare schemes launched by the TRS government.

The party leaders use schemes such as Rythu Bandhu, Rythu Bheema , Round the clock power supply, and double bedroom house schemes for attracting people in the villages. Because of certain farmer oriented programmes like Rythu Bandhu and Rythu Bheema, people are eagerly attracting towards the ruling party.

Significantly, the CPM has its own vote bank in Bhadrachalam constituency which covers two districts. The Bharachalam, Dummagudem, Charla come under Bhadradri- Kothagudem district. While the other two mandals--Venkatapuram and Wazedu-- come under Bhupallapally district.

In those five mandals, the CPM party has consolidated vote bank in Dummagudem and Charala mandals. In last general elections, the two mandals had tilted the balance in favour of the CPM candidate, the present MLA Sunnam Rajaiah against the TDP leader K. Phaneswaramma.
In the last four years, TRS has expanded its base in all villages of the constituency.

The party is steadily making inroads into the CPM’s strongholds -- Dummagudem and Charala. A large number of villagers and CPM activists have joined the party. On the other hand, the Congress party also has its vote bank in some pockets of the constituency. If the party strikes an alliance with the TDP, it can give a good fight to the TRS.

BJP is also expanding its base in the Agency villages but it still has a long way to go to make an impact in the elections. Sensing victory in the next Assembly elections party leaders are competing with each other to confirm their candidature confirmed.

In Congress, K. Krishna Mohan from Wazedu and P. Krishana Babu are expected to get ticket for the next election. The CPM party candidate and present MLA Sunnam Rajaiah will be prefer to go to Andra Pradesh to try his luck in the next elections.

The party is understood to give ticket either to the Central Committee member Dr.M Babu Rao or Dummagudem Mandal party secretary S.Koteswara Rao. BJP will give the party ticket to former MLA K.Satyavathi or her husband K.Dharma in this elections.