No role of TRS in Telangana formation: Ghulam Nabi Azad 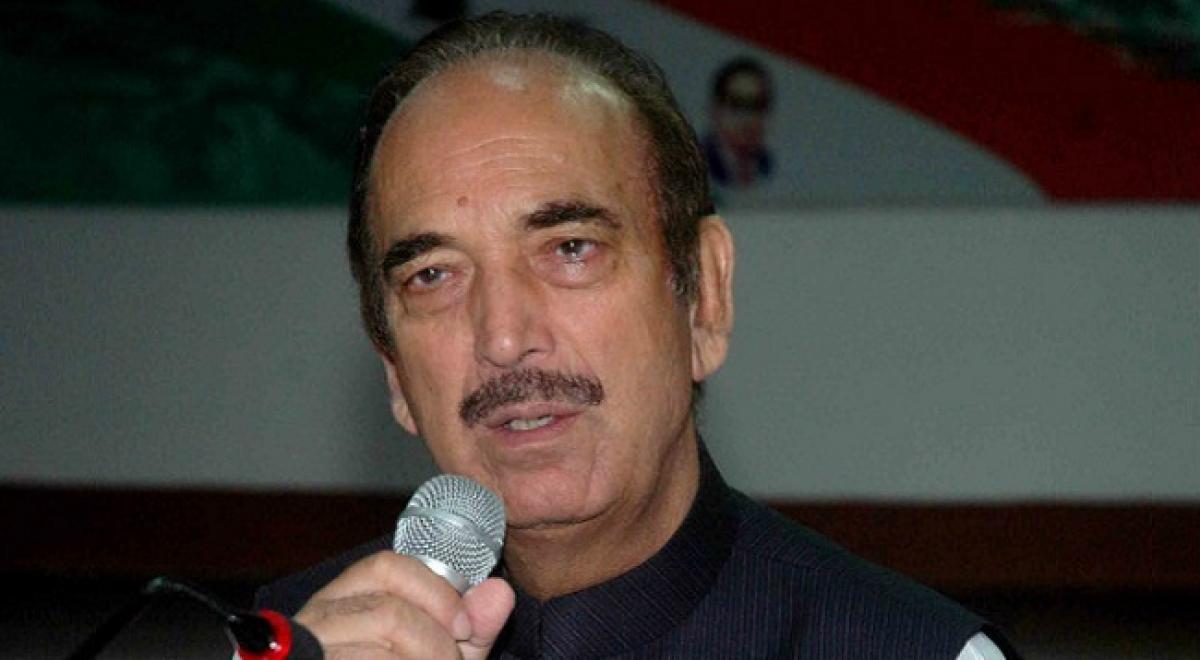 Senior Congress leader Ghulam Nabi Azad on Thursday criticised the Telangana Rashtra Samithi TRS for taking the credit for the formation of Telangana, ...

Hyderabad (Telangana): Senior Congress leader Ghulam Nabi Azad on Thursday criticised the Telangana Rashtra Samithi (TRS) for taking the credit for the formation of Telangana, and claimed that TRS had no role in the creation of the state.

Speaking to media here, the Leader of Opposition in the Rajya Sabha said, "TRS is taking ownership for being responsible for granting the statehood to the Telangana state. I have to clarify that TRS had no role in the formation of Telangana state. Legislators and MPs of the Congress party from Telangana and the Congress organisation from Telangana is wholly and solely responsible for the formation of Telangana. On the recommendation of the Congress Working Committee at the national level, UPA Chairperson Sonia Gandhi and under the leadership of Prime Minister Manmohan Singh we made the law. We didn't make it a law on the recommendation of TRS."