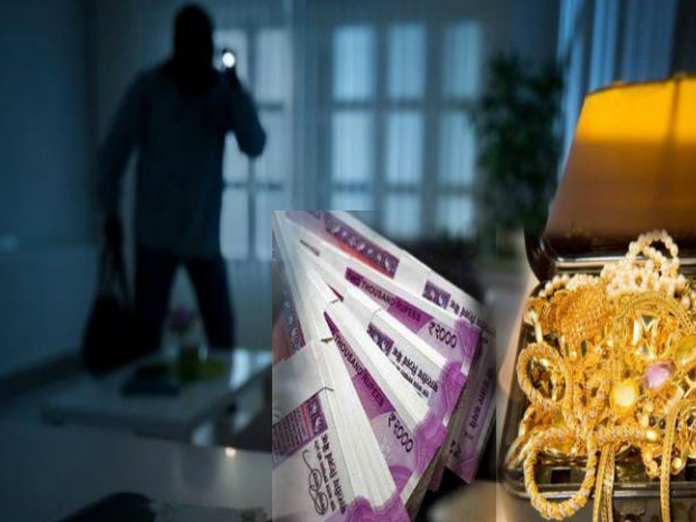 A married couple, both former JNU scholars now doing research work in Nagpur, Monday alleged policemen broke into their rented flat in their absence and stole documents and valuables worth Rs76 lakh

A married couple, both former JNU scholars now doing research work in Nagpur, Monday alleged policemen broke into their rented flat in their absence and stole documents and valuables worth Rs. 76 lakh.

The alleged incident took place last year after which a complaint was filed and a probe ordered and its report is awaited, said a police officer.

Addressing a press meet, the couple, Dr Shivshankar Das and his wife Dr Shipra Ukre, alleged three personnel from the Bajajnagar police station entered their flat in Laxminagar in connivance with their landlord when they were out.

Dr Das and Dr Ukre had completed PhD from the Jawaharlal Nehru University (JNU), New Delhi, and were doing research work in Nagpur from the last four years.

They alleged the incident took place on September 9, 2018 when the policemen entered their flat while acting on a false complaint filed against them by their landlord Tushar Lamge.

The cops cut and broke the lock of the rented flat without their knowledge or any inquiry, the couple said. They obtained the names of the accused policemen through an RTI query.

The couple alleged that after breaking the lock, they stole research data, manuscripts and valuables collectively worth Rs. 76 lakh from the flat.

The rest of the household items were thrown all over the apartment, stairs and terrace, Dr Das said.

"The police did not do any panchnama (a record of witness testimony). When we came back home from Delhi and noticed the devastation, we called the police on 100 and later approached Bajajnagar police station to register an offence. The senior police inspector there said it was a Sunday and the staff was not available to prepare an FIR," he claimed.

"We approached Joint Commissioner of Police Ravindra Kadam and after his intervention our complaint was registered under IPC sections 448, 341 and 34 (related to house-trespass, wrongful restraint and a criminal act is done by several persons)," Dr Das said.

When contacted, a top police officer told PTI that the landlord and the couple were involved in a dispute.

Mr Lamge wanted the couple to vacate the flat and had given an application to the police in this regard, he said.

After the incident, a First Information Report or FIR was registered on the basis of a complaint filed by the tenants, the officer said.

The ACP Crime Branch had conducted an inquiry into the complaint, he said.

The inquiry has been completed and its report is awaited after which action will be taken against the policemen if they are found guilty, the official said.