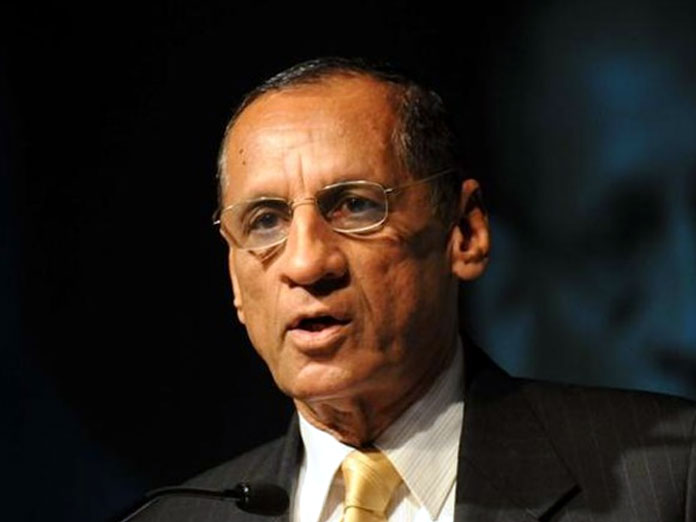 Hyderabad: Governor E.S.L. Narasimhan said that the Telangana Government would rededicate itself to accomplish 'Bangaru Telangana'.

Addressing the joint session of Assembly and Council on the third day of the session on Saturday, the Governor listed out various achievements of TRS Government in the previous term. "During the last four and a half years my government has implemented a number of people-friendly welfare and development programs, including some of which not find mention in election manifesto. In the same token, in the coming five years also, my government will proceed to initiate and implement new goals, plans and schemes in accordance with the aspirations of people. I reaffirm that, my government will rededicate itself to accomplish Bangaru Telangana, with the triumphant electoral victory as the foundation, to usher in joy, happiness and prosperity in the lives of people," the Governor said.

The Governor said that the Telangana Government accorded top priority to the welfare of the poor. “The severe crisis in the power sector has been successfully tackled. Construction of irrigation projects was taken-up on a priority to provide irrigation water for a proposed one crore acres. Several programs were initiated to provide employment opportunities to youth through expansion of industrial and IT sector. Towards Revitalization and strengthening of rural economy, my government strengthened the hereditary professions that had become extinct. Several steps were initiated by my Government to restore confidence in the desperate farmer through revitalizing the agriculture sector which was labelled as a waste during the erstwhile rule,” he said.

Narasimhan said that the Telangana Government registered a great success in robust administrative policies, strict financial discipline and corruption-free governance. This has resulted in substantive growth in state tax and non-tax revenues. Telangana has achieved one of the highest growth rates in the country. I take pride in pronouncing before this August House that during the first four years from 2014-2018, the state achieved 17.17% compound annual revenue growth rate and during the current 2018-19 financial year the growth rate so far stands at 29.93%. Even in GST collections Telangana State stands first among all the states in the country, he said.

Narasimhan said that the State Government was committed to complete all the projects in the state within the next five years. Under Mission Kakatiya Program, he said as of now, 20,171 tanks have been revived in four phases leading to increase in water storage capacity and the resultant increase of groundwater levels. “My government spent Rs 77,777 crores on irrigation sector and in the future will undertake works to a tune of Rs 1,17,000 crores,” he said.

"To convert Telangana as a power surplus state and to bring 28,000 Megawatts of installed capacity of power, my government is constructing new power plants. In a record time of 42 months construction of the seventh stage KTPS of 800 Megawatts was completed and generation started there. The 1080 Megawatts Bhadradri Power Plant will also commence generation from this year to its full capacity. The 4000 MW Yadadri ultra Mega Thermal Power Plant construction is on fast track. To encourage power production through non-conventional energy sources, my Government has set a target of 5,000 Megawatts of solar power. As of now 3,613 megawatts of solar power has been produced. Telangana state stands second in solar power production in the country after Karnataka. Overall at the time of formation of State only 7,778 Megawatts of power was available, today it has increased to 16,503 Megawatts,” he said.

The Governor also claimed that the State Government took several steps to revive, restore and revitalize the agriculture sector. “With 24 hours round the clock quality power supply, farmers are no longer confronted with power problems. Due to government’s strategic actions fertilizers, pesticides and seed are reaching the farmer in time. To control sale of spurious seeds and fertilizers, stringent measures have been taken by my government,” he said.

Regarding Rythu Bandhu scheme, the Governor said that the farmers are happy as they are getting Rs 8000 per acre annually, at the rate of Rs 4000 per acre per crop. It is a matter of pride that United Nations FAO praised this scheme. Rythu Bandhu Scheme has now become a role model to several states in the country. Several states are preparing themselves to adopt this scheme. Similarly, he said the government has introduced a novel Life Insurance Scheme for farmers termed "Rythu Bhima" to come to the rescue of the farmer’s family in the event of his death, notwithstanding circumstances. Under this scheme, the farmer’s family would get Rs 5 Lakhs within 10 days of the death. As of now, Rs 283 crores has been paid to 5,675 farmers’ families towards Rythu Bhima insurance. For strengthening the department of agriculture, for every 5000 acres, one agriculture extension officer has been appointed. For providing a platform for farmers to discuss among themselves Rythu Vedikas are being constructed.

The Governor also highlighted other achievements of the government in cleansing the Land Records; Reconstruction of rural economy; Sheep distribution, Fisheries; Encouragement to Handloom and Modernization of traditional occupations.

Narasimhan informed that the State Government has established 542 new residential schools with excellent facilities. “From the next academic year my Government proposes to start 119 more Residential Schools.

"My government has decided to enhance Aasara Pensions to all the eligible persons from Rs 1000 to Rs 2,016 and for differently abled persons from Rs 1500 to Rs 3,016. The age limit for eligibility to receive old age pension stands reduced to 57 years. Government is initiating measures to pay Rs 3,016 allowance to the unemployed youth. While continuing with the present system of constructing two-bedroom houses for the poor, government will provide financial assistance of Rs 5 lakhs to Rs 6 Lakhs to eligible persons who want to construct house on their own plots.

Narasimhan also announced that food processing units would be established across the state to ensure remunerative prices to the farmers. The responsibility of management of these units will be jointly done by Government, IKP employees and women groups. The services of IKP employees will be regularized as per the need. My Government, thus, is committed to implement all the promises made during the elections.