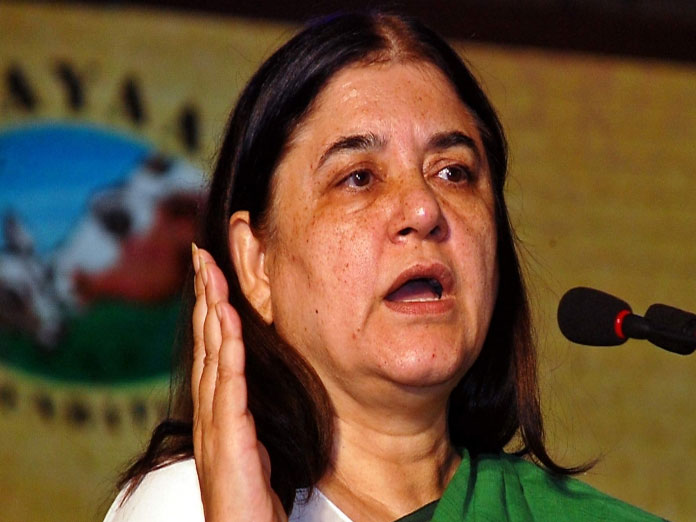 New Delhi: Union Women and Child Development (WCD) Minister Maneka Gandhi on Thursday said that her Ministry was not a "soft Ministry" as it looks after 70 per cent of India's population.

"WCD is not a soft ministry, it is the hardest possible ministry. We look after 70 per cent of India's population. With our scheme 'Beti Bachao Beti Padhao' (BBBP), we have been able to change people's attitude towards female foeticide," Gandhi said while speaking at an event here organised on the occasion of National Girl Child Day.

The Minister stated that before the BBBP scheme came into force, people used to openly talk about abortion based on sex determination.

"It's not that female foeticide is not happening now. But it has been brought under control to a great extent. Now people are scared of even going for sex determination," she added.

Gandhi said that when the scheme was initially discussed, it was a bit "scary" for her Ministry.

"It is not a simple programme like distribution of cycles. India is very receptive to change. The BBBP scheme required an entire social transformation of an evil which has been in the society for long."

Gandhi said there were indicators that sex ratio at birth has improved.

"We have got three indicators of success -- percentage of women registering the pregnancies, women going for institutional deliveries and the increase in sex ratio at birth."

The Minister however, didn't comment on a report which stated that the government has spent over 56 per cent of the funds allocated under the BBBP scheme from 2014-15 to 2018-19 on "media-related activities".