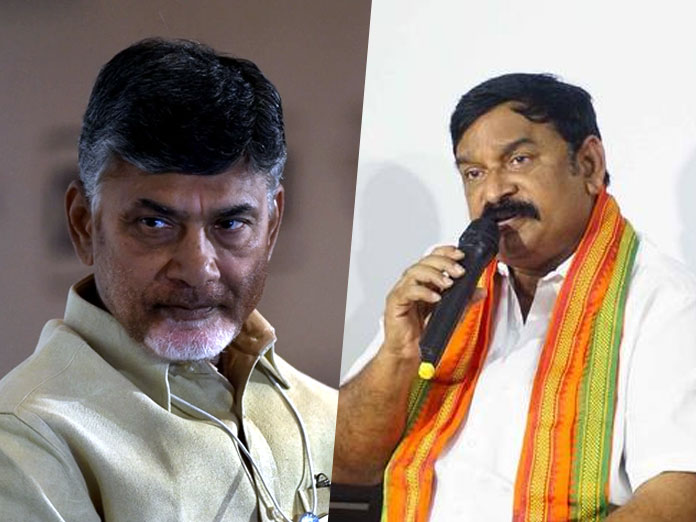 Speaking to media during the Assembly sessions Raju has commented on Naidu that he has fired three birds at one single shot.

He criticised that due to Chandrababu Naidu's campaigning in Telangana, along with TDP, Congress even BJP has got damaged and the votes which BJP suppose to get has gone to TRS in the elections.

Vishnu Kumar Raju predicted that the same situation will repeat to the political party which will have an alliance with TDP in coming elections in AP. With the present scenario in the state who will form an alliance with BJP, he commented.

On the other side, there is a suspense going on that from which party Vishnu Kumar Raju will contest in the coming elections.

Earlier there was speculation that Raju is going to join Telugu Desam party but with his latest comments, it's clear that he may not join TDP.

There are analysis around that Raju may join either Jana Sena party or YSR Congress party, but Raju said that he will give clarity on the party once the election notification is released.

So for Rajamahendravaram Rural MLA Akula Satyanarayana has resigned to BJP and joined Jana Sena party, former minister Kamineni Srinivas may join TDP, and there is speculation around that BJP MLA Pydikondala Manikyala Rao may join YSRCP or JSP.

In this background, there is a political discussion going on that in which party Vishnu Kumar Raju will join in the coming elections.