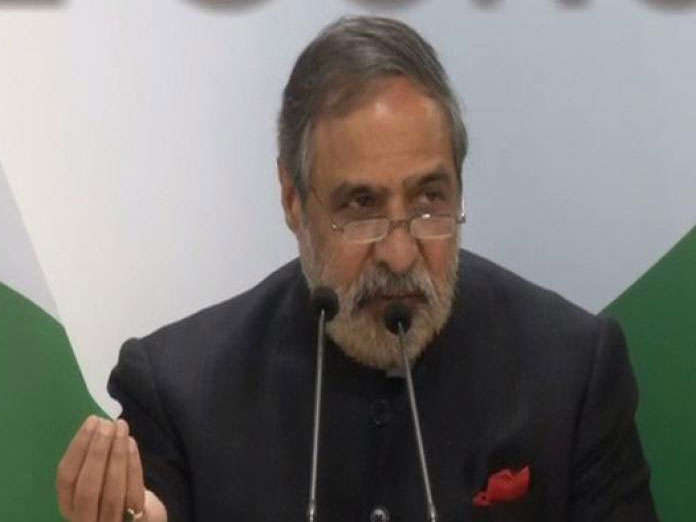 In his address to the Joint Sitting of both Houses of Parliament ahead of the Budget Session, President Ram Nath Kovind mentioned inflated statistics of the various development work done by the BJPled central government, hence his speech betrays people and humiliates them, the Congress said on Thursday

This comes after the President’s address to the Joint Sitting of both Houses of Parliament ahead of the Budget Session.

New Delhi: In his address to the Joint Sitting of both Houses of Parliament ahead of the Budget Session, President Ram Nath Kovind mentioned inflated statistics of the various development work done by the BJP-led central government, hence his speech betrays people and humiliates them, the Congress said on Thursday.

"Talking about Demonetisation, which hurt Indian economy badly, in President's speech is insensitive and humiliating the Indian people. There can't be any bigger false statement than this because RBI itself has said in its report that over 99 per cent of the money came back. It was the money of farmers, women, poor and small businessmen among others," Congress leader Anand Sharma told media in New Delhi.

"President also mentioned 'Make in India' in his speech. Even the logo of 'Make in India' has not been made in India. If people check, there is a big watch-making brand in Geneva, they (BJP) have stolen the wheel and axle from the brand's logo. Talking about the works done by this government in President's speech means betraying people and humiliating them. This has never happened before. We condemn this," he added.

Sharma further stated that President Kovind should not have mentioned the 2016 surgical strike in his speech.

"We have many times said this that there is a competition for India at border areas and at the Line of Control. This fight is against terrorism from across the border. The Indian armed forces have been bravely tacking all this and have lost many lives while doing so. Therefore, talking about surgical strikes after so much time... even when many senior officials of Army have said that Army has been taking such actions before also... did terrorism come to an end after this (surgical strikes)? The truth is that terrorist activities have risen after that, more security personnel and civilians are being killed," he said.

"It's unfortunate that the BJP-led government tried to withhold reliability of its fake promises through President Ram Nath Kovind (Ye durbhagya ki baat h ki sarkar ne President ke madhyam se apne jhoothe wadon ki vishwasniyata banane ka prayas kia). The promises made before 2014 and after that have not been fulfilled," he added.

Sharma further questioned why President Kovind didn't inform how many jobs have been created since BJP has come into power.

"If the promises were fulfilled then the government must have number of jobs created between 2014 and 2018. They have inflated numbers of every scheme. So, there was no reason why they didn't give numbers of jobs created," he said.

The Rafale deal, surgical strikes, counter-terrorism, demonetisation, GST, and several initiatives of the NDA government in the last nearly five years were the highlight of President Ram Nath Kovind’s speech to the joint session of Parliament on the opening day of the Budget Session on Thursday.

The President also talked about the Prime Minister Narendra Modi-led government's promise of making of a “New India” and the various schemes for social, infrastructure and economic development the government has undertaken during its tenure.