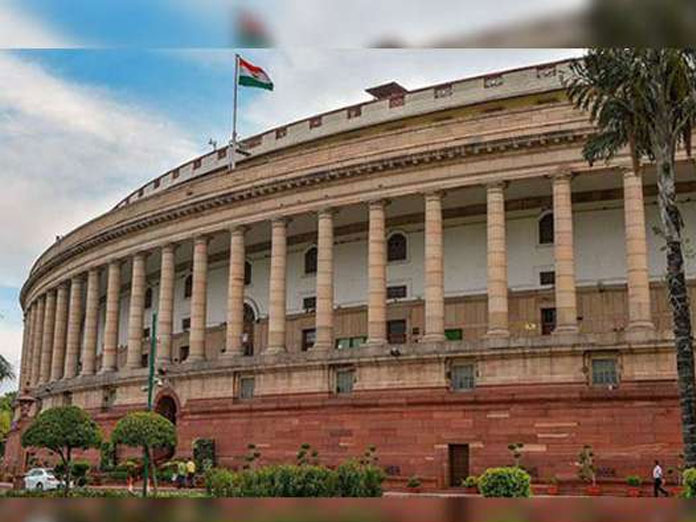 New Delhi:The Lok Sabha was adjourned till noon on Friday following ruckus over fresh revelations that the Defence Ministry had strongly objected to "parallel negotiations" conducted by the Prime Minister's Office (PMO) with France on the Rafale fighter jet deal.

Soon after the House met, the opposition members from Congress, Trinamool Congress and Telugu Desam Party (TDP) trooped near the Speaker's podium shouting slogans against the government.

Members were heard saying "Chowkidar chor hai" and were holding placards protesting against the defence deal.

Amid the din, Speaker Sumitra Mahajan tried to take up the Question Hour. But the agitating members continued their protest.

The Speaker then adjourned the House till 12 noon.

A media report said on Friday that the Defence Ministry had raised strong objections to "parallel negotiations" conducted by the Prime Minister Narendra Modi's Office with the French side over the controversial Rafale deal.