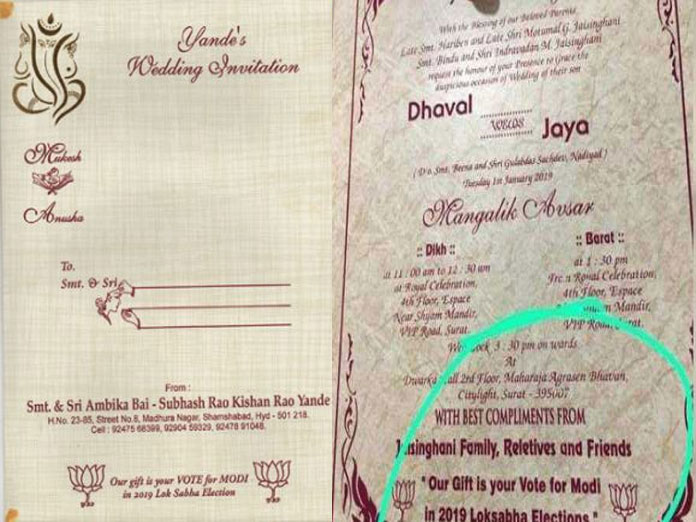 Mukesh Rao Yande (27), a resident of Shamshabad and an assistant engineer in TS Genco is to get married on February 27. Being a great fan of Modi, Mukesh proposed the idea which was objected by his family members. However, he convinced them and printed the lines asking the guests to extend their support to Modi and get him re-elected.

The parliament elections are scheduled to be held in April or May this year.