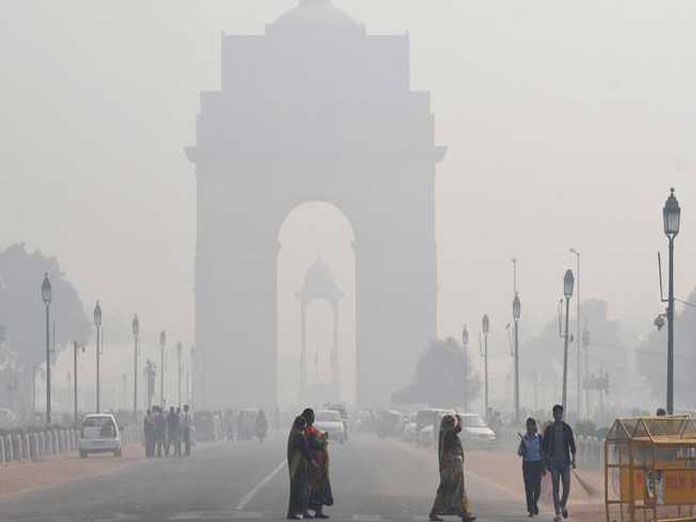 It was a cold, misty morning in Delhi on Monday with the minimum temperature recorded at 112 degrees Celsius, the seasons average, while the air...

​New Delhi:It was a cold, misty morning in Delhi on Monday with the minimum temperature recorded at 11.2 degrees Celsius, the season's average, while the air quality was in the 'poor' category.

"Clouds will partly cover the sky throughout with the development of thunder lightning in the later part of the day," an India Meteorological Department (IMD) official said.

The maximum temperature is expected to hover around 23 degrees Celsius.

The overall air quality of Delhi at 8.30 a.m. was recorded at 204 (poor) with 95 per cent of humidity levels - highly unfavourable for pollutants to disperse.