CM asks for action plan for irrigation in tribal areas 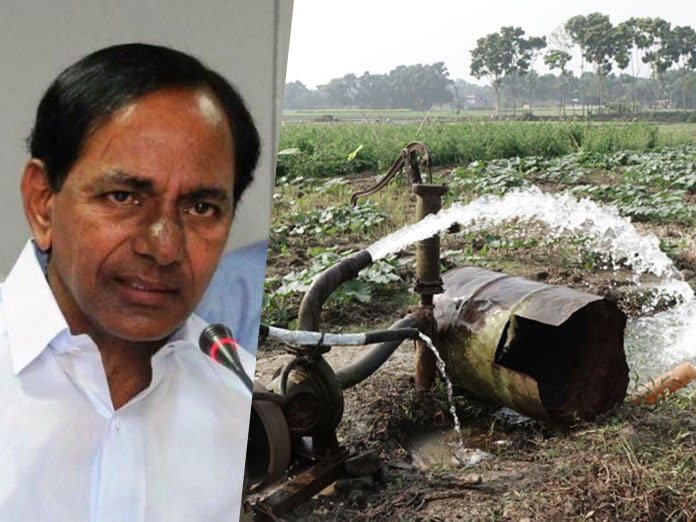 Hyderabad: Chief Minister K Chandrashekhar Rao has instructed concerned officials to prepare an action plan for effective and optimum utilisation of minor irrigation water resources for agriculture in ITDA agency areas and in areas where STs are in majority.

Minor irrigation water resources like ponds, canals may be used for supply of water for cultivation apart from agency areas, areas of ST habitations where water from major irrigation projects are used for cultivation. The land in these areas is uneven with hills and valleys and water may be supplied through pipe line for cultivation. He said that Podu lands issue will be resolved shortly and will get clarity on how much cultivable land is present in these areas. Irrigation plans should be adopted to the ST farmers to raise crops accordingly for supply of water for irrigation, said the Chief Minister.

The Chief Minister held a review meeting at Pragathi Bhavan on utilization of minor irrigation resources in ST areas.

“There are 46,500 tanks, in these 12,154 are chain of tanks, 16,771 are isolated tanks. Quantity wise 90% of tanks with water storage capacity were rejuvenated through Mission Kakatiya. Water from irrigation projects should be supplied to these tanks in this monsoon season. Feeder Canals, sluice canals may be constructed by this summer to make the rain water to flow into these tanks” said the Chief Minister.

“The pockets of ST habitations and agency areas are largely located in jurisdiction of erstwhile Khammam, Warangal, Karimnagar, Adilabad, Mahbubnagar, Nalgonda districts areas. Rainfall is also high in these areas. There are so many conduits, canals located in these areas. Check dams may be constructed where ever necessary. Full fledge water for cultivation should be supplied to STs. Integrated plan should be adopted and implemented for this. Find out how much of water is supplied through major irrigation projects and for other land water should be supplied through minor irrigation resources,” said the Chief Minister.

Some decisions are made on the suggestions given by MLAs of these regions for maximum utilisation of land through minor irrigation resources. CM instructed CMD Genco Prabhakar Rao to utilize two 1500 HP motors at Bhurgampad for pumping of water in these areas into tanks. CM instructed the officials to study the medium irrigation projects of Adilabad districts and prepare a report. He suggested that to bring into vattivagu tank and laturu gandi tank in Pinapaka constituency ways and means are to be worked out.