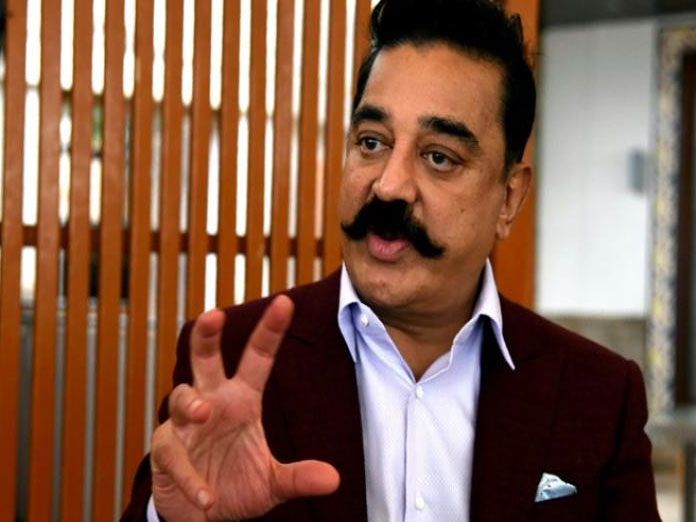 Rejecting the claim that his party was BJPs B team, Makkal Needhi Maiam chief Kamal Haasan said it was being targeted as they were growing in stature

Addressing a party rally on Sunday night, Haasan said that he was being targeted as his party was growing in stature.

​Tirunelveli (TN): Rejecting the claim that his party was BJP's "B team," Makkal Needhi Maiam chief Kamal Haasan said it was being targeted as they were growing in stature.

Addressing a party rally late on Sunday night, Haasan, without directly naming any outfit, said he was being targeted as his party was growing in stature.

One of the attacks was calling his party "the BJP's B team," he said.

Refuting it, he said, "I am not a B team for anyone, this is Tamil Nadu's A team."

Days ago, the DMK organ ‘Murasoli’, had alleged that he was accusing it of corruption due to “BJP's pressure”.

Attacking the grand alliance of the opposition parties, Haasan said the partners of the so-called "mahaghatbandhan" would jump on to the winning side after the Lok Sabha poll outcome if the opposite camp won.

During such times, only his party would stand upright – without giving room for horse trading – for the Tamil Nadu people, he said.

His party's voice will be heard in such a situation, he said, adding "we cannot say what is going to happen," an apparent reference to the Lok Sabha poll outcome.

During such times, a voice should be heard saying that at least the Prime Minister should be changed, Haasan said.

"Let us see if there is humility if another person takes over," he said in an attack perceived to be aimed at the BJP.

He said that he was not facing the Lok Sabha election alone and pointed to the huge crowd and sought donations from them to face the polls.

"It will be an investment for the future," he said.

Describing himself as a fan of Mahatma Gandhi, he said the Father of the Nation was his mentor and because of him, he founded the party.

On a sword being gifted to him, he said it was an old practice, adding only "ahimsa is a big valour."

Redeeming the lost political dignity and ethos of the Tamil people, upholding secularism, poverty alleviation and ensuring the education of international standards are among the party ideals, he said.