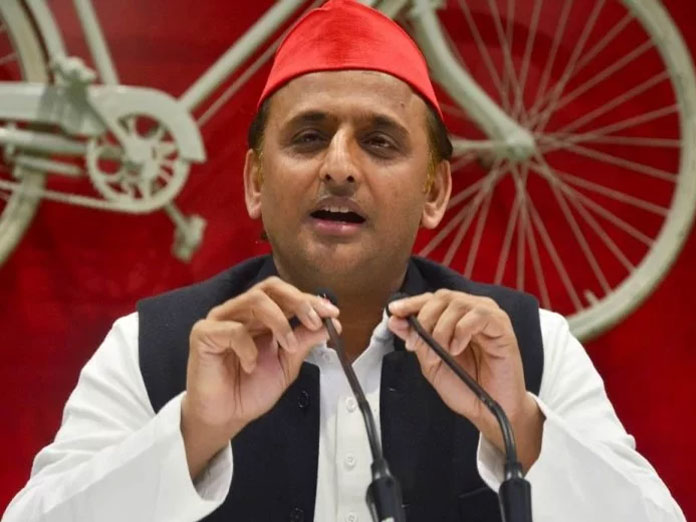 Mayawati and Akhilesh had jointly announced the alliance in January, saying the BSP and the SP will contest 38 parliamentary seats each out of the 80 in Uttar Pradesh.

Samajwadi Party president Akhilesh Yadav has said he forged an alliance with the BSP so that his father Mulayam Singh Yadav can win with "record votes" from whichever seat in Uttar Pradesh he chooses to fight the Lok Sabha polls.

His comment came days after SP patriarch Mulayam Yadav -- popularly known as 'netaji' -- expressed "displeasure" over his son's decision to enter into a tie-up with the Mayawati-led Bahujan Samaj Party (BSP).

"I have made the alliance with the BSP so that 'netaji' can win with record votes in the state from wherever he contests the Lok Sabha polls," Akhilesh told PTI in an interview.

Mayawati and Akhilesh had jointly announced the alliance in January, saying the BSP and the SP will contest 38 parliamentary seats each out of the 80 in Uttar Pradesh. However, when the parties released the list of seats shared between them, the SP got 37 seats and the BSP 38.

When asked about Mulayam Yadav's statement last week in which he sought to know the basis for "giving away" 38 seats to the BSP, Akhilesh said, "When I was going to address a press conference to announce the alliance with the BSP, I had met 'netaji' and took his blessings."

"I had informed that in the alliance we will be getting half of the seats," he said.

Following the seat-sharing announcement, SP patriarch Mulayam Yadav had said," Now, we have only half the seats left. Our party was stronger."

On the distribution of tickets, Akhilesh said, "The seats which we are going to contest is final. Now, the list of party nominees will be finalised soon. We have already identified candidates. There is no problem in it."

When asked about reports of some SP members being disgruntled over not being considered for ticket, he said the party has been making preparations for the past one year on all seats and its leaders were asked to work on the ground in their respective areas and support whoever is given a ticket.

"We all are united and contest with full force," the SP president said.

Several times, decisions in politics are taken keeping in mind equations. "Our ticket selection was on for a year, and we got 40 applications, the maximum, from those interested to contest from Amroha, 32 candidates applied for Jaunpur seat.We will take a decision accordingly," he said

The SP leader said two seats -- Raebareli and Amethi -- have been left for the Congress and two for the RLD.

"I have left Mathura seat for the RLD as they had field their candidate in the bypolls in Kairana from a SP ticket. This is an understanding between the SP and the RLD," he said

On the SP-BSP alliance's objective, Akhilesh said, "Our fight is to save the Constitution and fight those who have taken two oaths, one of government and the other of the RSS. We decided on an alliance as our goal was one -- to remove the BJP and change the prime minister."

He alleged that BJP was finishing institutions and said "its high time people should discard them".

"People are alert and they know what is happening. They are waiting for a chance to change the prime minister," Akhilesh said.

Asked about his decision to contest in Madhya Pradesh and in Uttarakhand in alliance with the BSP, he said the reason is the same -- "to counter BJP".

Attacking the BJP government in the state, Akhilesh said the lathicharge on students in Allahabad has sent an adverse message and it has proved that the government is "anti-students".

"The government is using the official machinery to settle political scores. Now, the same students and youths of the state will give a reply to the BJP," he said.