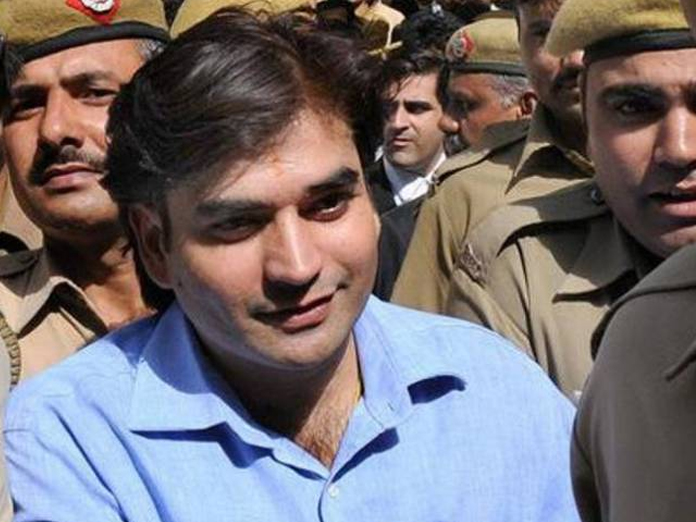 Jailed for 25 years for killing business executive Nitish Katara in 2002, Vikas Yadav on Monday moved the Supreme Court challenging a Constitution Bench verdict that said courts can specify the length jail of term for murder convicts

The move prompted the top court to ask Yadav whether he can challenge through a fresh plea, the validity of a verdict which has already attained finality.

On October 3, 2016 the Supreme Court had awarded 25-year jail term without any benefit of remission to Vikas Yadav and his cousin Vishal for their role in the sensational kidnapping and killing of Nitish Katara. Another convict Sukhdev Pehalwan was handed a 20- year jail term.

A bench headed by Chief Justice Rajan Gogoi and Justice Sanjiv Khanna was hearing the fresh plea by Vikas Yadav,alleging that "no special category of sentence in substitution to the life sentence or the death penalty could be imposed upon the persons guilty of offence of murder under section 302 of the IPC".

It said: "Tell us how can we re-open this issue by entertaining your writ petition under Article 32 of the Constitution in view of the Constitution Bench judgement which had said that the courts are empowered to award sentence for a fixed period without any benefit of remission (to a convict)."

The bench questioned his move: "Your grievance seemed to be against the Constitution bench judgement and can you do this by filing a fresh writ petition?"

Vikas Yadav has sought striking down of section 53 (punishment of life and death and to which offenders are liable under the provision of the code) and section 45 (life) of the IPC on the ground that they are violative of Articles 14 (equality before law) and 21 (protection of life and personal liberty) of Constitution.