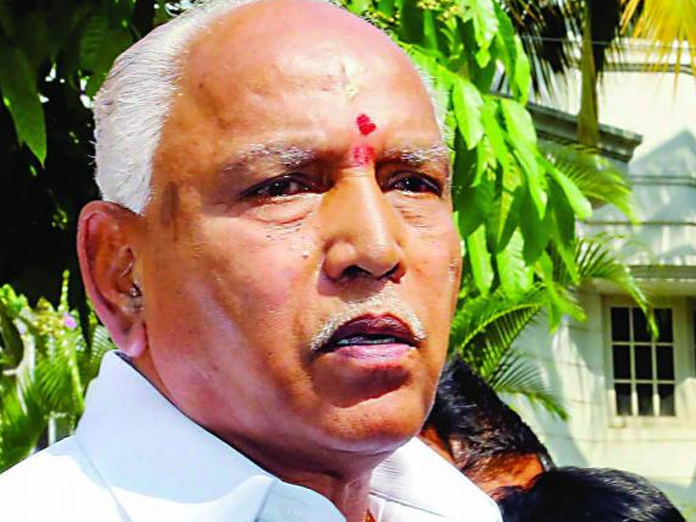 Chitradurga:Former chief minister BS Yeddyurappa opined that the air strike recently carried out by the Indian Air Force (IAF) in Pakistan has titled things in Prime Minister Narendra Modi's favour and will help the win 22 Lok Sabha seats in Karnataka in the impending general elections.

"The recent incident of armed forces attacking Pakistan has turned the tide in Narendra Modi's favour, as the youth is happy after the attack. It will help us win 22 seats in Karnataka," he told reporters here on Wednesday.

India on Tuesday carried out air strikes against a Jaish-e-Mohammed (JeM) terror training camp in Pakistan's Balakot, in which a "large number of terrorists" were killed, according to Foreign Secretary Vijay Gokhale.

The air strike was carried out in the aftermath of the February 14 terrorist attack carried out by the JeM on a CRPF convoy in Jammu and Kashmir's Pulwama district, which claimed the lives of 40 CRPF personnel.

There are 28 seats at stake in Karnataka, out of which the BJP currently holds 16 seats while the Congress and Janata Dal (Secular) hold 10 and 2 Lok Sabha seats, respectively.