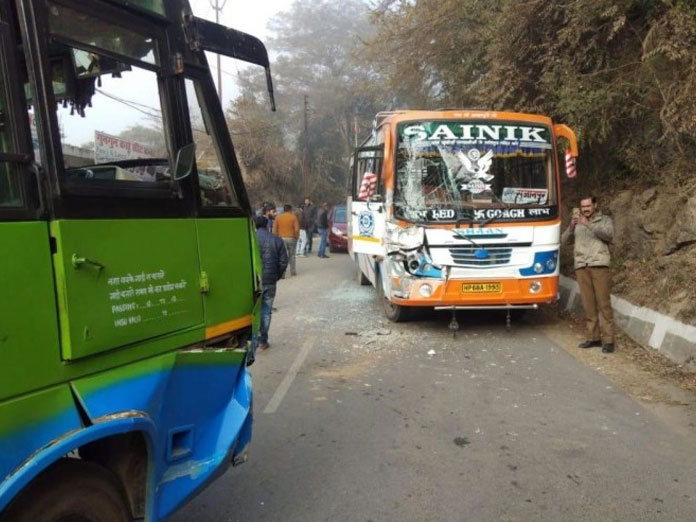 A Himachal Road Transport Corporation (HRTC) bus collided with a private bus at Kufri bifurcation around 10 am, Shimla deputy superintendent of police Pramod Shukla said. The HRTC bus was on its way to Rohru from Shimla, whereas the private bus was going to Shimla from Theog, he added.

The incident occurred due to rash and negligent driving by the private bus driver, he said, adding that a first information report (FIR) was being registered against the driver at Dhalli police station.