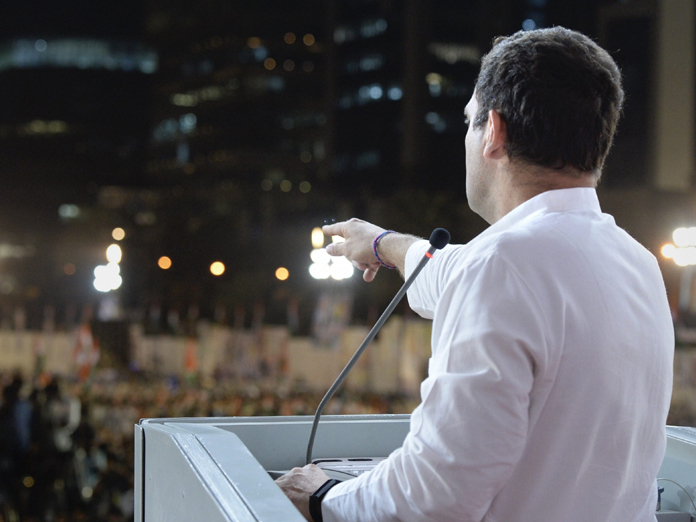 MUMBAI: Congress president Rahul Gandhi announced on Friday that his party would give 500 sq ft houses to slum-dwellers in Mumbai within 10 days if voted to power in the Lok Sabha elections.

At present, 269 sq ft houses are provided under the slum redevelopment projects in the city.

Addressing a rally at MMRDA grounds in the city Mr Gandhi promised 500 sq ft houses. "I am saying in ten days, but I assure you it will do done within two days. Describing Mumbai as the soul of India," Mr Gandhi said Prime Minister Narendra Modi speaks of developing 100 "smart cities'', but Mumbai was a smart city and its strength and potential needs to be recognized.

Mumbai is "city of peace and brotherhood" which gives direction to the country, the Congress chief said.

Mr Gandhi said he had challenged PM Modi to an open debate on corruption. "But the ''Chowkidar'' is not only chor (thief) but also darpok (coward)," he said.

The BJP was attacking the Constitution of India which is "your voice and does not belong to Modi or (RSS chief Mohan) Bhagwat", Mr Gandhi said.

"What was the need to remove CBI director at midnight? Planning Commission, which showed direction to the country was wound up. For the first time the RBI governor had to resign. In Chowkidar's India, Supreme Court judges hold press conference seeking justice from the people of India," he said.

The media was also being controlled, Mr Gandhi alleged. He also slammed the Kisan Samman Nidhi scheme for farmers, saying it gives only "Rs. 17 per day to a farmer's family and Rs. 3.5 per day to one farmer". "Is this a joke? And BJP MPs were thumping their desks for five minutes when this announcement was made during the budget, as if Modi would beatthem up if they didn't applaud," Mr Gandhi said.

On the proposed grand alliance of opposition in Maharashtra, Mr Gandhi said, "Whoever wants to come along, Congress'' doors are open."