Congress to contest all 25 Lok Sabha seats in Rajasthan 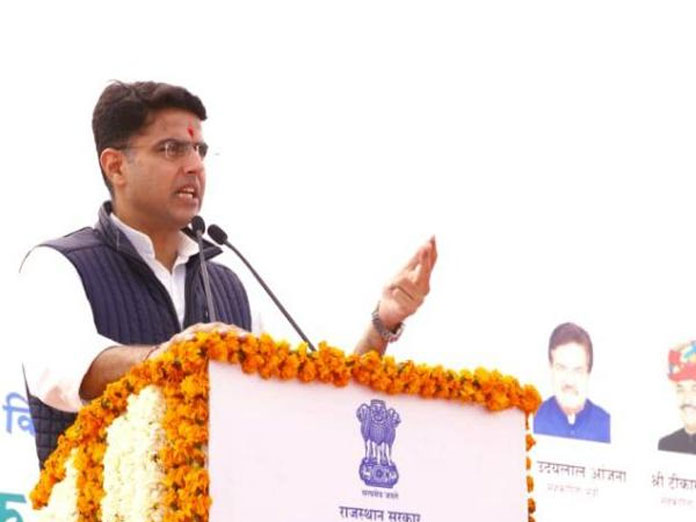 ​Jaipur: Rajasthan Congress chief Sachin Pilot said Tuesday the party will contest all 25 Lok Sabha seats in the state in the upcoming elections.

"Selection of nominees is in the final stage and a lot will be clear after the screening committee meeting on March 8 in New Delhi," Pilot told reporters.

He said the selection of candidate would be done on the basis of feedback of party workers, hard work and winnability. The party is of the opinion to find nominees other than the family members of leaders, sitting MPs and MLAs and those who lost elections in the past.

However, the choice of party workers and people and winnability of the candidates would be considered, he added.

He said the Congress has been contesting on all seats in the state and will do so this time as well to secure a win in the upcoming Lok Sabha elections.

A panel of three candidates will be sent to the party's central committee to finalise the names, he said.

Pilot attacked the incumbent BJP-led government at the Centre, saying the Congress is contesting the election to defeat the "forces that have weakened and hollowed democratic institutions in the past five years".

"So, it is an important election for us," he said.

The BJP won all 25 seats in Rajasthan in the 2014 general elections.

On the Indian Air Force air strike at a Jaish terror camp in Balakot of Pakistan, Pilot said the action on terrorist facility was a matter of pride for India and "it is not right to raise question on valour of the security forces".

Citing BJP leader B S Yeddyurappa's statement that India's preemptive air strike on a terror camp in Pakistan has created a wave in favour of Prime Minister Narendra Modi, Pilot said, "It is not appropriate on the part of a few BJP leaders who are trying to do politics on security forces' action".