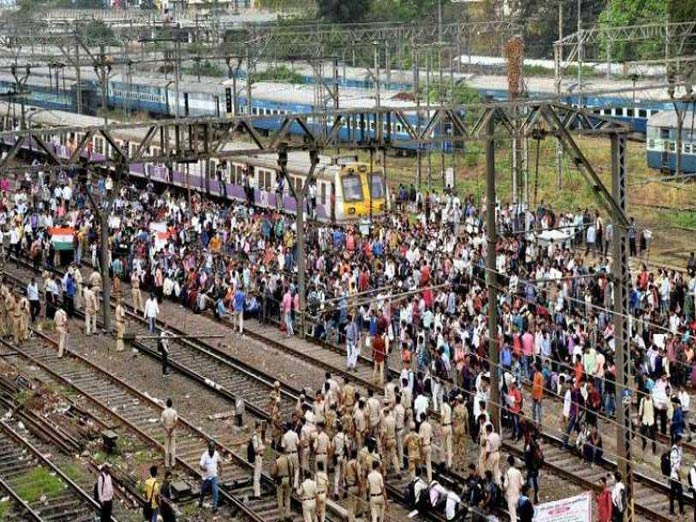 Thirtyeight trains remained cancelled on Wednesday with almost all trains running between Amritsar and Delhi being disrupted amid farmers protest in Punjab, railways said

NEW DELHI: Thirty-eight trains remained cancelled on Wednesday with almost all trains running between Amritsar and Delhi being disrupted amid farmers protest in Punjab, railways said.

Senior Superintendent of Police Parmpal Singh, however, said in Amritsar that the agitation has been called off following intervention of the Punjab and Haryana High Court.

As many as eight trains were short-terminated and 11 trains were diverted, officials said.

The farmers had been squatting on the rail tracks in Amritsar since March 4 in support of their demands, including full loan waiver, stopping auction of land and arrest of farmers, and payment for sugarcane crop with 15 per cent interest.

A petition seeking the removal of farmers protesting on the Amritsar-Delhi rail track was filed in the Punjab and Haryana High Court on Tuesday, with the court issuing notices to Punjab, Centre and leaders of farmers' outfit Kisan Mazdoor Sangharsh Committee to appear before it on Wednesday.

Punjab Advocate General Atul Nanda informed the court that about 85 trains had been cancelled or diverted, affecting about 85,000 passengers.