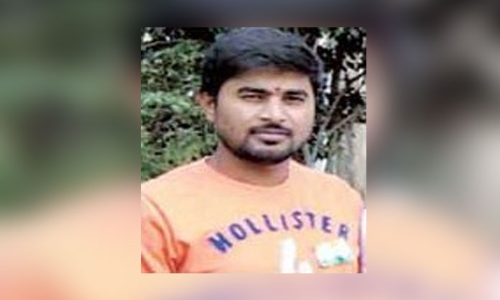 A 9-year-old girl was allegedly raped after being lured with chocolates here at Saidabad by a constable aspirant.

Ramavath Srinu Naik (24), a BTech graduate has been qualified in the constable examination and is preparing for the physical events. On Friday, Srinu went to Deverakonda in Nalgonda to attend a marriage where he lured the 9-year-old girl with chocolates while she was playing in front of her house with her brother.

Srinu asked the girl's brother to go his home after he sexually assaulted the girl. After seeing his son returning home without the daughter, the girl's mother went to Srinu's home and took her daughter to a hospital. As the girl was bleeding profusely, she was shifted to Gandhi Hospital where the doctors declared that she was sexually assaulted.

A case was registered against the accused in Saidabad police station by the victim's mother. Meanwhile, the police launched a hunt to nab the accused who went absconding.