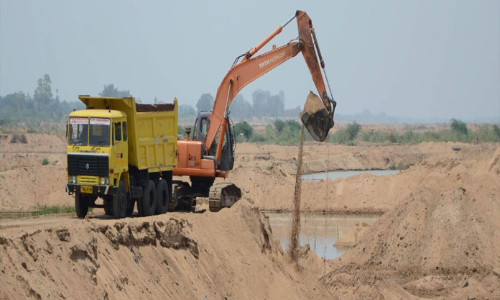 An Uttar Pradesh government official was booked by the police for aiding sand mining mafia, an official said Sunday

​Muzaffarnagar: An Uttar Pradesh government official was booked by the police for aiding sand mining mafia, an official said Sunday.

Brijesh Gautam, an inspector with the state's mining department, was accused of being involved in the illegal lifting of sand from the Yamuna river in Shamli district.

On the directive of District Magistrate Akhilesh Singh, the police registered a case against the inspector, Superintendent of Police Ajay Kumar Pandey said.

The action was taken following several complaints of alleged corruption against the inspector, he added.