Younger children in class may wrongly get ADHD label 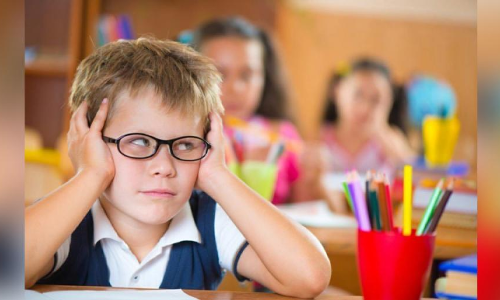 Younger children in classrooms are more likely to be mistakenly diagnosed with Attention Deficit Hyperactivity Disorder ADHD than their older classmates, according to a study

Sydney: Younger children in classrooms are more likely to be mistakenly diagnosed with Attention Deficit Hyperactivity Disorder (ADHD) than their older classmates, according to a study.

ADHD is a chronic condition which includes attention difficulty, hyperactivity and impulsiveness.

Across the globe some teachers are mistaking the immaturity of younger children in their class for ADHD.

Although teachers do not diagnose it, they are often the first to suggest a child may have ADHD, Xinhua news agency quoted Martin Whitely, researcher from the Curtin University in Australia, as saying.

The findings highlighted the importance of teachers, doctors and parents being aware of the impact of relative age and giving younger children the extra time they need to mature, said Jon Jureidini, Professor at University of Adelaide in Australia.

For the study, published in the Journal of Child Psychology and Psychiatry, researchers examined more than 14 million children from US, Germany, Israel, Norway and Australia, and found it was more common for the younger children in a classroom to be diagnosed and medicated with ADHD.

"Mistaking perfectly normal age-related immaturity for ADHD is just one of the many problems with the label.

Children who are sleep deprived, bullied, have suffered abuse or have a host of other problems, often get labelled ADHD," said Jureidini.

"Not only does this result in them getting potentially harmful drugs they do not need, but their real problems don't get identified and addressed."

There are no biological markers or physical tests for ADHD and the teachers' reports can form much of the basis for the diagnoses, Whitely noted.