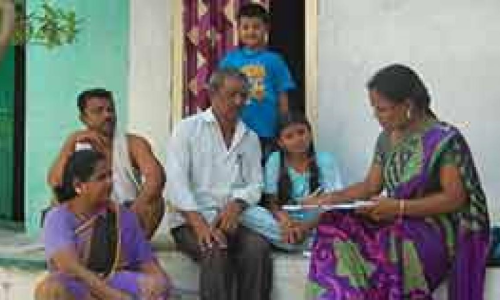 Medak : Union Minister of State for Surface Transport Sarvey Satyanarayana exhorted the Mala and Madiga communities to unite for fulfilling the ideals ...

Medak : Union Minister of State for Surface Transport Sarvey Satyanarayana exhorted the Mala and Madiga communities to unite for fulfilling the ideals of Dr Babasaheb Ambedkar.

The Union Minister was the chief guest at the statue unveiling function of Babu Jagjivan Ram at Siddhipet on Sunday. The union minister said that the classification of Scheduled Castes was not being undertaken as it would adversely affect the Madiga community in the Telangana area. The classification would be undertaken on the basis of sub-castes among the scheduled castes after the formation of Telangana State, he added.

He said that Sonia Gandhi was favourable for classification. "So far, only Mala and Madiga communities got benefitted due to the reservation and justice should be done to the other castes among the scheduled castes," he pointed out. He said that Sonia Gandhi was also favourable for the formation of Telangana State and some individuals were coming in the way. "Anyway, the Telangana would become reality in a few days," he said.

The union minister said that the TRS would merge with the Congress after the formation of the Telangana and we all would work together. He lauded the efforts of the local MLA Harish Rao for the development of the constituency. He said that he could become the Union Minister due to the kindness of Sonia Gandhi. Siddhipet MLA Harish Rao appealed to the Union Minister to grant funds for the development of national and state highways in the constituency.