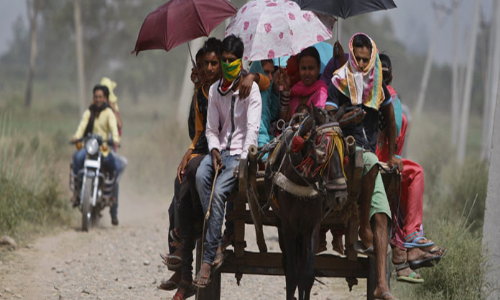 Its March month but day time temperature is like as it is in May particularly in Telangana region In this context government should issue guidelines...

It's March month but day time temperature is like as it is in May particularly in Telangana region. In this context government should issue guidelines to arrange at least drinking water at all government schools, offices and all public places with clay pots as mandatory.(It may indirectly create employment opportunities)

And better to announce half-day schools due to avoid sun stroke to the school children as early as possible. And government has to made a plan to create awareness on what precautions have to take to lead this summer to the common people with help of health and medical deportment.

One more thing, particularly Telangana government had planted numbers of saplings under the prestigious programme "Haritha Haram". Now that plants are withering due to lack of sufficient water. In fact if we want to make success the Haritha Haram programme, at first we have to protect planted saplings from this summer heat by watering them regularly by deploying water men as early as possible. It may also create opportunity for employment. Then only we can see "Haritha Telangana".