Indian-American Louisiana Governor Bobby Jindal has lashed out at US President Barack Obama and Democratic presidential aspirant Hillary Clinton for their views on same sex marriage, alleging that they evolved their views based on opinion polls.

Indian-American Louisiana Governor Bobby Jindal has lashed out at US President Barack Obama and Democratic presidential aspirant Hillary Clinton for their views on same sex marriage, alleging that they evolved their views based on opinion polls. 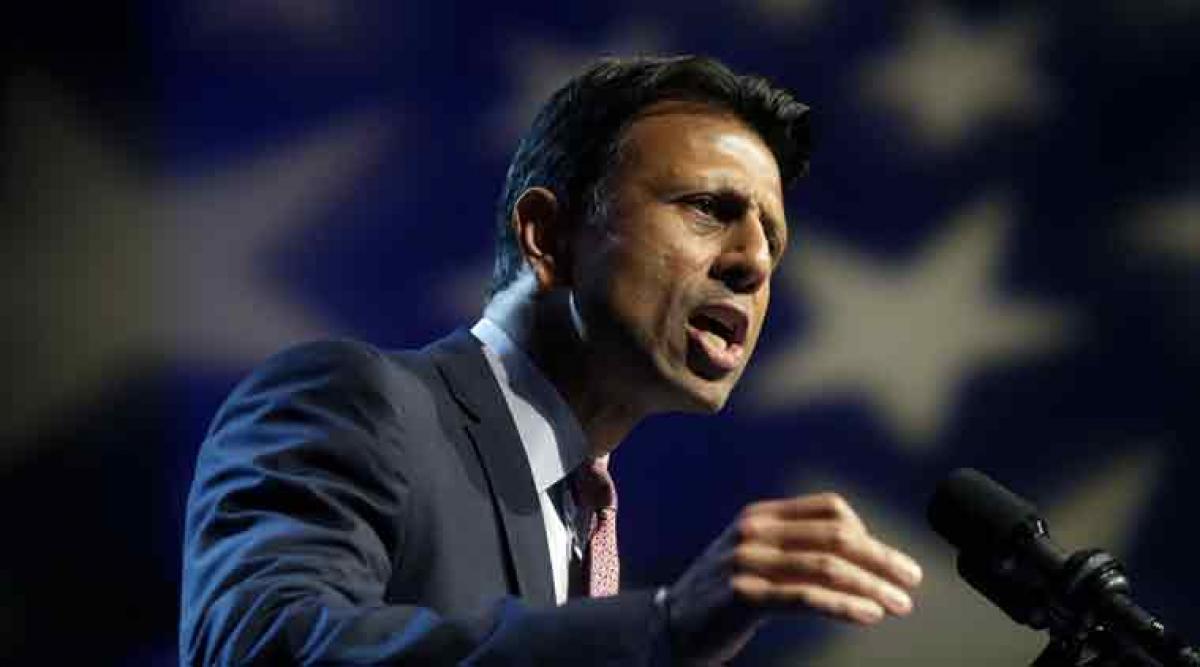 "Both the President and Hillary evolved their views because of opinion polls. They can read opinion polls just like the Supreme Court," said Jindal, the 13th Republican aspirant to aim for the White House in 2016 election.
"My view of marriage is based on my Christian faith. No early court's decision is going to change that. I think marriage is between a man and a woman," Jindal, 44, told 'Meet the Press' of NBC News in an interview yesterday.
Obama has said the ruling is a victory for America while Clinton also praised the landmark decision of the US Supreme Court which legalised same sex marriage, holding that gay people can get married in all 50 states of the country.
"I think they're all created equal in god's eyes. And I think we need to respect and love those we disagree with. I think we can have religious liberty without discrimination. My views on marriage aren't evolving with the polls. I can read polls just like the President can. It's based on my faith. I think it should remain between a man and a woman," he said.
Jindal said America has moved towards a much better view on race relations.
"I've said we need to stop viewing ourselves as hyphenated Americans. We're not African-Americans, or Indian-Americans, we're all Americans. I think viewing people by the color of their skin is the dumbest way to view people," he said.
"So, I think it's offensive to equate evangelical Christians, Catholics, others that view marriage as between a man and a woman as being racist. We're not racist. We love our fellow man. We think we're all equal under god's eyes. We simply believe marriage - we don't believe we should change the definition of marriage simply because of opinion polls or because of a court that, quite frankly, isn't looking at the constitution," Jindal said.
Jindal's popularity rating in his own home State is quite low and when asked about it, he said he does not take decisions based on opinion polls.
"If I were afraid of polls, I never would have been elected in two landslide elections, winning the highest percentage in our state's last election for governor," he said.
Jindal said he wants to run a campaign where "we embrace our principles".
"Establishment Republicans don't want us to do that. Jeb Bush says we have got to be willing to lose the primary in order to win the general election," Jindal added.
Show Full Article
Email ArticlePrint Article
More On
Interested in blogging for thehansindia.com? We will be happy to have you on board as a blogger.