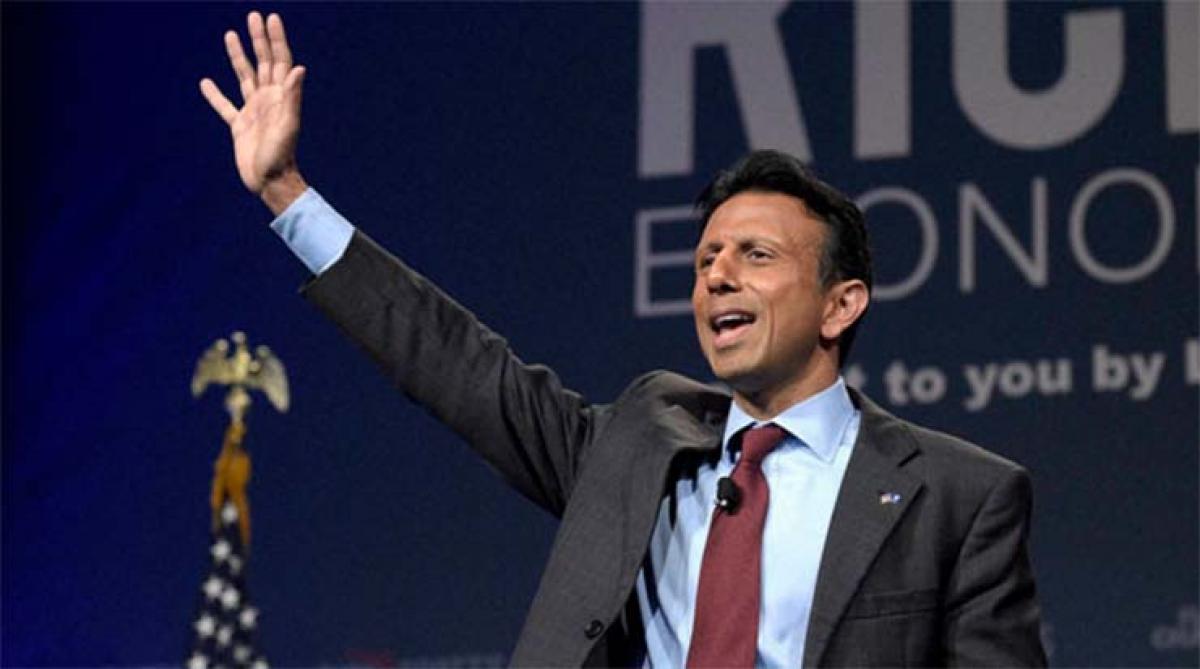 Bobby Jindal Foes Elbow To Elbow In Push-up Contest With Top Foes. Bobby Jindal may not have made the cut for Thursday-'s prime time debate among top...

Washington: Bobby Jindal may not have made the cut for Thursday's prime time debate among top ten Republican presidential contenders, but he is nevertheless getting ready in a different way - by doing push ups literally. Louisiana's Indian-American governor, who along with six other bottom candidates has been relegated to a secondary forum earlier in the day by hosts Fox News, went elbow to elbow in a 'push-up contest' with his top foes in a BuzzFeed video.

Each of the 'issues' confronting him - taxes, Obamacare, hyphenated Americans and, of course, his own awkward delivery of the Republican rebuttal to President Barack Obama's first speech to Congress - is represented by an individual.

A "Tanned. Rested. Ready" Jindal, as his campaign slogan puts it, in formal wear, including a neck-tie, does really well, beats most of the contestants, but then gets 'totaled'.

"As the governor knows well, be it a 17-person race or a 2-person race, coming in second is not going to be enough, ever, to get either into the governor's mansion or the president's White House," it said.

Gawker, an American blog that promotes itself as "the source for daily Manhattan media news and gossip", had a different take on the exercise:

"Buzzfeed and Bobby Jindal Try to Out-Whore One Another"

"This is image-laundering. It is not good comedy, and it is definitely not journalism," it said.

"It is Buzzfeed tacitly agreeing to make a goofy, feel-good video about a revolting presidential candidate to help improve his image."

"It is not funny. If you just contemplate Bobby Jindal's actual policy positions while watching it, it is truly painful. Buzzfeed seems to have whored itself out rather cheaply in this case," added Gawker.