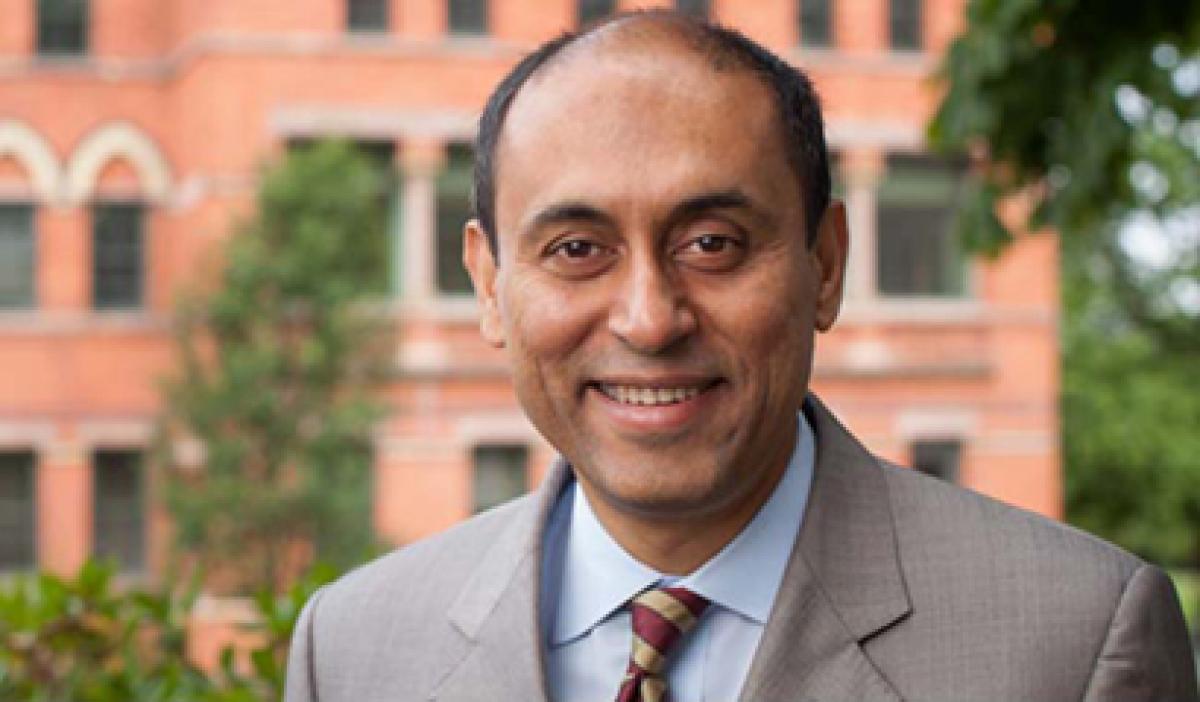 Soumitra Dutta, an alumnus of the Indian Institute of Technology-Delhi, will become the dean of a new integrated College of Business being launched by the Cornell University during the 2016-17 academic year.

Washington: Soumitra Dutta, an alumnus of the Indian Institute of Technology-Delhi, will become the dean of a new integrated College of Business being launched by the Cornell University during the 2016-17 academic year.

Dutta currently is dean and professor of management and organizations in the Samuel Curtis Johnson Graduate School of Management at Cornell University.

He is considered an authority on the impact of new technology on the business world, especially social media and social networking, and on strategies for driving growth and innovation by embracing the digital economy.

The Ithaca, New York based Ivy League institution announced that the new college was aimed at cementing the university's position as a world-class centre of teaching and research for business management and entrepreneurship.

Each school will maintain its unique identity and mission, while their collective capabilities will be strengthened by bringing together faculty, curricular offerings, and programmes within a cohesive College.

The establishment of the College, through a change in the university's bylaws, was unanimously approved by the Cornell Board of Trustees at its meeting on January 30.

The Cornell College of Business will be one of the most comprehensive business schools in the US with 145 research faculty and nearly 2,900 undergraduate, professional, and graduate students.

"At the heart of Cornell is a mission to apply knowledge for public purpose and educate the next generation of professionals and entrepreneurs to solve some of the world's major challenges," said President Elizabeth Garrett.

"Being able to leverage Dyson's strength in international development and agricultural economics, SHA's expertise in hospitality, entrepreneurship, and real estate (through the Baker Programme in Real Estate), and Johnson's depth in economics, finance, and executive training will naturally lead to a College of Business that stands out for its unparalleled breadth of instructional excellence," said Dutta.

"A more prominent and collaborative platform will elevate opportunities for faculty to conduct innovative research and be at the forefront of their fields."

"Bringing together Cornell's three business schools will also establish an effective administrative structure that will be immensely beneficial to the University's ability to continue to attract the best and brightest faculty and students," Dutta said.

Dutta has earlier served as the Roland Berger Chaired Professor of Business and Technology and was the founder and academic director of the eLab at INSEAD, a top-ranked graduate business school in Fontainebleau, France.

Previous roles Dutta has held during his 23-year tenure at INSEAD include dean of external relations; dean of executive education; and dean of technology and e-learning.

Dutta received a B.Tech in electrical engineering and computer science from the Indian Institute of Technology-Delhi.