Holi to be celebrated in Manila 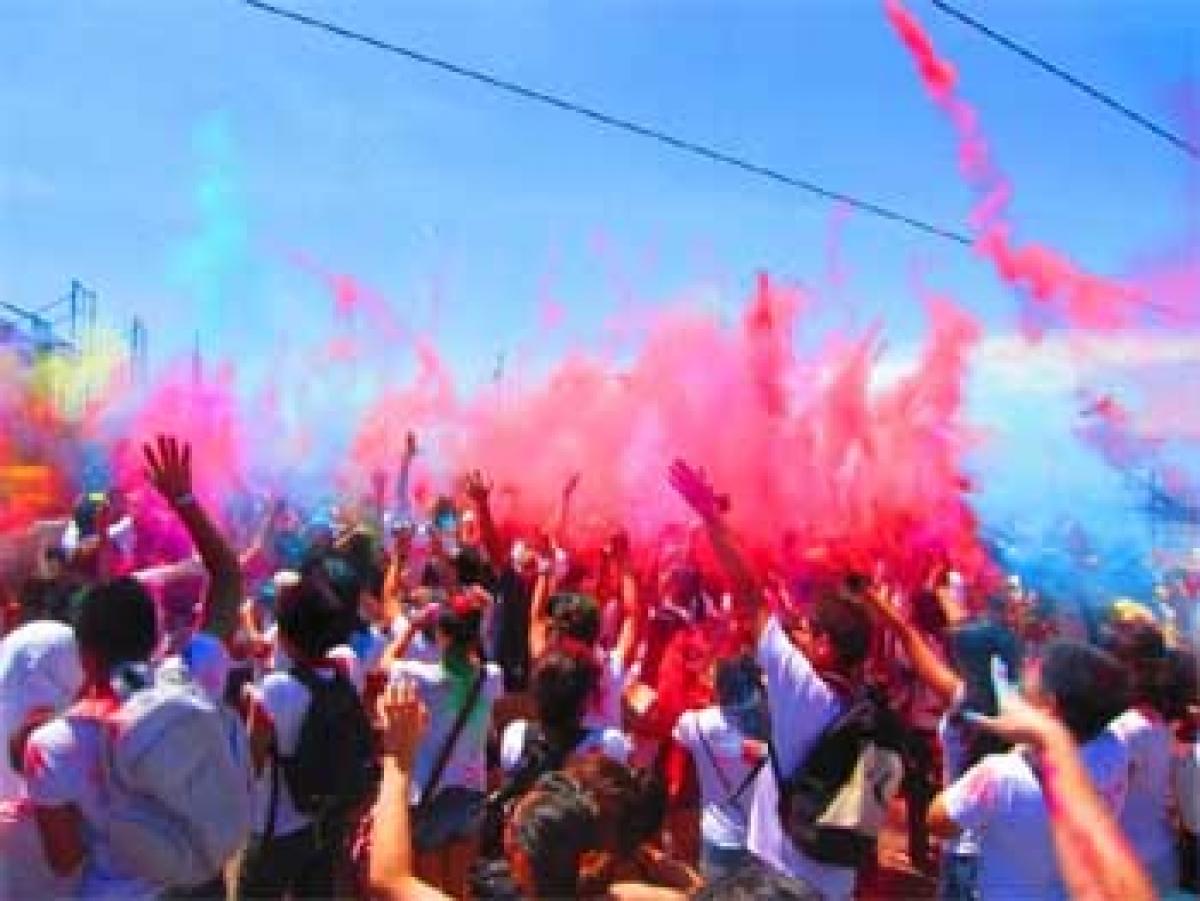 Hindu “festival of color” Holi will be celebrated in megacity Manila, capital of predominantly Roman Catholic Philippines, on March 20.Besides...

The celebration is organized by a coalition of Asia Society Philippines, SM by the Bay, Embassy of India, Federation of Indian Chambers of Commerce, SingIndia Music of the Soul and Indian Ladies Club.

Joie de vivre Hindu festival of Holi welcomes the beginning of spring and starts about ten days before the full moon of Phalguna. Besides color play, ceremonies also include the lighting of the bonfires, during which all evils are symbolically burnt. Holi also commemorates the frolics of youthful Lord Krishna; and celebrates the death of demoness Putana, burning of demoness Holika, and destruction of Kama by Lord Shiva. Holi falls on March 23 this year.

Meanwhile, Hindu statesman Rajan Zed, in a statement in Nevada (USA) today, commended efforts of organizers and Manila area community to keep the religion-culture alive in Philippines with festivals like Holi.

Rajan Zed, who is President of Universal Society of Hinduism, further said that it was important to pass on Hindu spirituality, concepts and traditions to coming generations amidst so many distractions in the consumerist society and hoped that community in Philippines would focus in this direction. Zed stressed that instead of running after materialism; we should focus on inner search and realization of Self and work towards achieving moksh (liberation), which was the goal of Hinduism.

Hinduism, oldest and third largest religion of the world, has about one billion adherents.