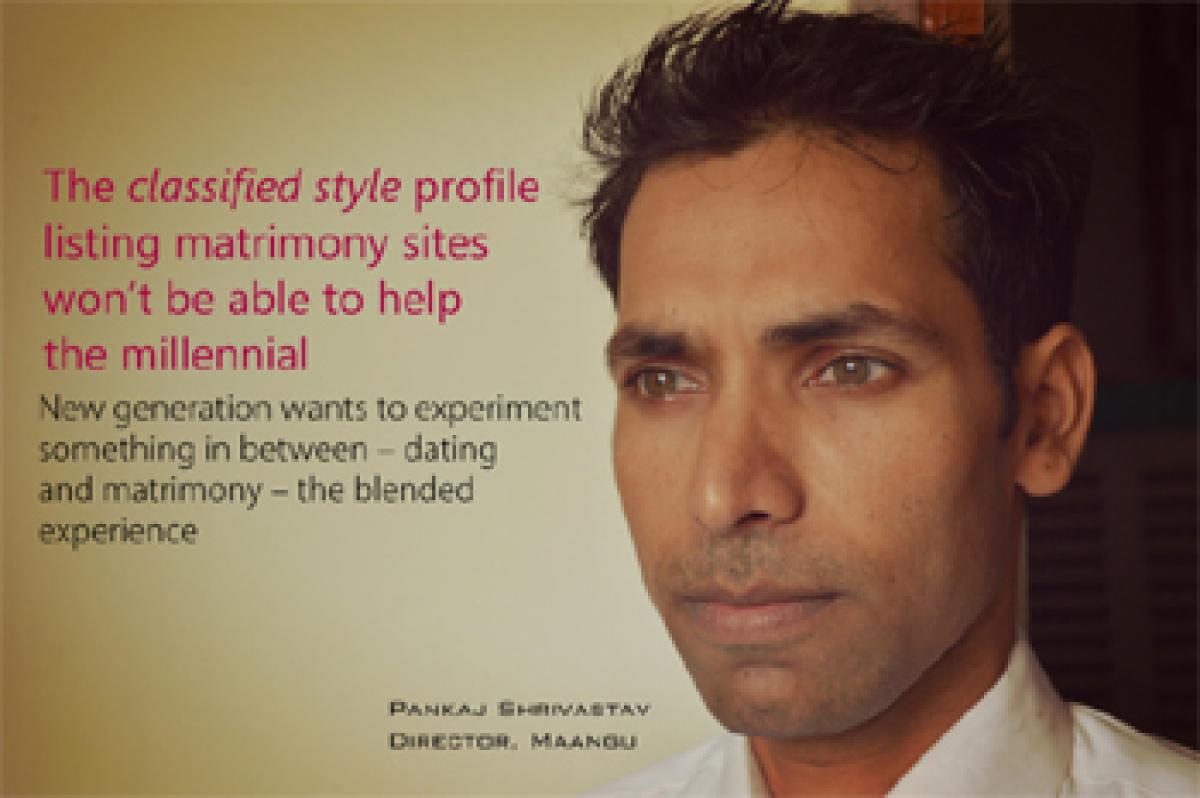 Australia educated Pankaj Shrivastav is betting that people in India and Indians abroad are ready for social dating.Dating is not a common word used in India. Since the early days, Indian companies have focused more on the matrimony space. As India adopts modernization and generation facebook matures, the need of social dating arises.

Australia educated Pankaj Shrivastav is betting that people in India and Indians abroad are ready for social dating.Dating is not a common word used in India. Since the early days, Indian companies have focused more on the matrimony space. As India adopts modernization and generation facebook matures, the need of social dating arises.

In the 90s, several Indian companies entered the matrimony space. The most notables were Shaadi, Bharatmatrimony and Jeevansaathi. Before the introduction of Internet in India, most of the marriages in India happened through the mutual person that knew two families. Newspaper classified advertisement had also become common. In fact, most of the Sunday newspaper contained a separate section for Brides or Grooms. These advertisements listed the details of the people and contact information.

The same concept was applied for online matrimony except that it had much more information. Due the expensive nature of newspaper advertisements, the information provided by the advertiser was little. The web version included every little detail of an individual that you would not ordinarily find in any social network website. For example, the online profile included the date of birth, the person’s uncle, aunt, birth place, work place, the salary and even what the person was looking for in a bride or groom.

Essentially, nothing had changed from the newspaper version to the web version except that the website listing has much more information.

The early companies realized that it would be difficult for Indian consumers to search for a bride or groom themselves. So they allowed the profile to be created by the friends or relatives. For example, if you are looking to get married, your mom, dad, sister, brother, brother in law or anyone could create a profile for you. They acted like the contact person for the listing. It would be rare for a person to list their profile themselves.

It would also be considered ironic that a male would “start the conversation” with a female profile. In a male dominant society, it would hurt their morale if males started the conversation. It was expected that females would start the conversation if they see a male profile which in turn means that they would have to pay and become a premium member. Because profile creating was free, you would frequently send messages to “black holes” – people who created the profile for someone and then forgot. If you were lucky, your contact would respond then he or she would involve several people in the discussion. Often the point of contact for the male would negotiate how much the dowry would be and other conditions. In most cases, the bride or groom would not be in contact with you and they would not have any say in the selection process.

Maangu is the pioneer in Indian Social Dating space

Times have changed. Indian millennial generation is taking matter in their own hands now. Young people who move out of their parents home to metro cities for education or work act more independent. As more females have started studying and working, colleges and work places have seen an increasing balanced male to female ratio. This in turn gives an opportunity for the singles to experiment the social lives that was not common few decades ago. These men and women have often found themselves in a very different opinion spot compared to their parents. For example, a young professional educated in Delhi and later settled in the larger metro is very less likely to marry a woman selected by her parents.

Indian Social Matrimony Pioneer Maangu provides the platform exactly what these young people are looking for. They don’t want to be listed in a classified magazine; they want an active participation. For example, a woman wants to be able to show an interest in a man, know the qualities, what other credible people say about him, what is the percentage match, who he is interested in – in a real time. They both can chat and discuss things that they feel would be very important for a successful marital life. They can find whether the man is demanding or “shifting” the burden of asking dowry to their relatives.

The interactivity between the two people takes the potential partnership at a new height. The process is transparent and finding the partner is fun. You don’t have keep on wondering who would make the decision and whether you would ever hear from the person you are trying to reach out. Maangu’s quality control process has solved this problem as Maangu is a member only platform.

The classified style profile listing matrimony sites won’t be able to help the millennial. They want to experiment something in between – dating and matrimony – the fusion experience that Maangu offers. As a new entrant in this space, Maangu boasts several successful matches already.