Indian-origin diplomats in New Delhi: Australia was a trendsetter 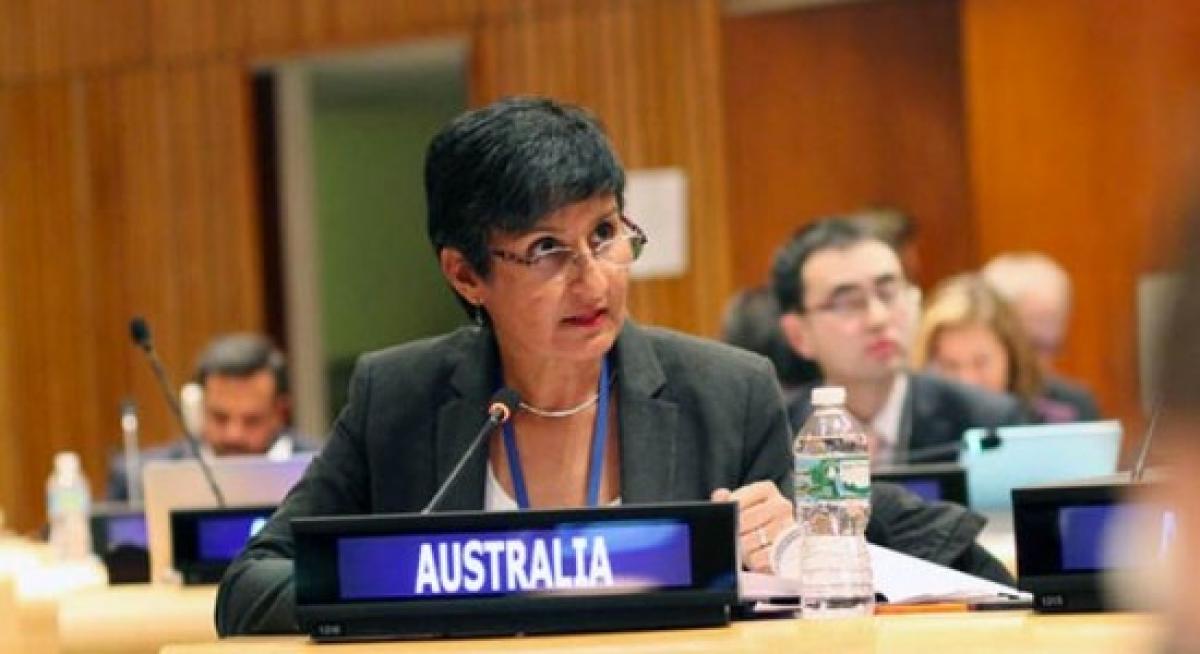 It was not always like this. A western power being represented in India in any capacity by a non-Anglo Saxon/Celtic was unthinkable just 20 odd years ago -- until the Australian Department of Foreign Affairs broke the mold by appointing me, India born, as Australia's Deputy High Commissioner to New Delhi. The mosaic of reactions both at home and in India to this path-breaking move gives some idea of the prevailing social climate then.

Reservations about my appointment were discernible enough in the corridors of foreign policy-related establishments in Canberra. But political correctness kept them muted. Though New Delhi was nowhere near as sought after as Washington or London, the post-1991 reformist India was beginning to bud in official consciousness as a posting to make a mark in.

My selection did not exactly endear me to other contenders. There was restrained amusement too at the Department's naivety in assuming that sending a 'native' to his original habitat would somehow improve bilateral diplomatic relations with a 'difficult' country.

Overall, my selection was perceived at best as presenting a new visage of Australian diplomacy on the Asian stage and, at worst, as the Foreign Secretary currying favour with the ruling Labor Government, which was unequivocally committed to multiculturalism in public service.

On my part, I was just plain worried. It is one thing to have served in Beijing, Moscow and Hanoi among others, but quite another to be the first ethnic in the halls of western diplomacy in Delhi. After all, in the broader geo-political context, I had to work closely with other western missions there.

And then there were the unknowns of working in the Indian environment. I sought counsel from both local and foreign observers of the local scene. The unanimous advice was to reject the appointment. Reason? Given the petitionary mores of Delhi's political, bureaucratic and business elite in a still closed economy, I would be inundated with demands for "assistance" with visas, foreign alcohol and other objects of desire, invitations to dinners and events. Why? Because I would be seen as one of them and expected to behave the Indian way -- and all that it implied.

Still, reassured of support at the highest levels, off I went.

On the ground at the Australian High Commission, it was par for the course in working with Australian colleagues (apart from an Australian spouse who kept introducing me to Indians, well-meaningly but disconcertingly, as "believe it or not, this is our DHC"). The notable difference from serving in other Australian missions was the reaction of the local (Indian) staff, long used to taking orders from Caucasians. I learnt later of their anxieties at being saddled with an Indian-style babu, but these dissipated within weeks.

The reaction of the diplomatic community was tellingly a mixed bag. It was then de rigueur for an incoming senior diplomat to call on his counterparts in missions of interest to Australia. I covered about thirty. Presenting myself for the appointment at the British High Commission, much confusion ensued: it had all been a "mistake" and the meeting was politely "postponed" (inevitably followed next day by profuse apologies and a sheepish call on me instead).

The appointment with the US Embassy kept getting delayed until presumably they had 'cleared' me as a genuine article. New Zealanders and Canadians were warmly welcoming.

The Russians, fully aware of my six (Cold War) years in Moscow handling a portfolio quite unpalatable to the then Soviet Union, were downright suspicious, tinged with a hint of hostility. The Chinese evinced much wariness, for e.g., on working together on issues of mutual interest, the crass undiplomatic response was "we will do so with your colleagues", casting doubts on my credibility as a genuine Australian representative.

Singapore apart, other Asian diplomats were visibly confounded, but once recovered, marveled at what they perceived to be a stealthy Australian diplomatic ploy. No sense of my professional merit entered their calculations!

Outside the cloistered Chanakyapuri chanceries, and the Ministry of External Affairs whose staffers had known me or about me over the years in previous official reincarnations, it was uniformly a case of being greeted with undisguised disbelief by Indian bureaucrats. Instead of discussing the official matter at hand, invariably one had to first walk through a barrage of what we would deem personal questions -- the how and why of a "non-white" being the DHC. It was all inoffensive, but somewhat wearisome.

A few months later though, it was just like working as in any other foreign capital.

More broadly, on the public front, I did become something of an exotic specimen for TV and print media. That did not go unnoticed back home, reassuringly so. Indian business with its usual pragmatism dealt with me as it would with another western diplomat. My calendar became overweight with invitations to speak at trade, academic, NGO, arts and other social events.

Fears about being besieged by entreaties proved groundless. At no time during my posting did I receive any untoward request from the usual suspects -- businesspersons, bureaucrats and social contacts. Or from local staff with whom I worked on a day to day basis. The indelible emotional footprint left on my mind after the six year posting was one of having received overwhelming warmth, blended with visible pride, and full working cooperation from Indians of all stations.

While it is not for me to judge the value of my contribution to Australia-India relations, I can confidently assert that my appointment as a senior Australian representative did much to undermine the then Indian elite's highly negative views of Australia, largely informed by still fresh memories of the White Australia policy.

And it served as a precedent for other western governments; today Indian origin diplomats abound in their missions in New Delhi.

They would do well to give credit to the Australian Foreign Service for initiating a multicultural presence in the western diplomatic corps long before it became the norm in India (or elsewhere).

(The author is a former member of the Australian foreign service who served as a Australian Deputy High Commissioner in India. He is now Managing Associate, Axess India Consultancy Group. The views expressed are personal. He can be reached at Rakesh.Ahuja@axessindia.com)