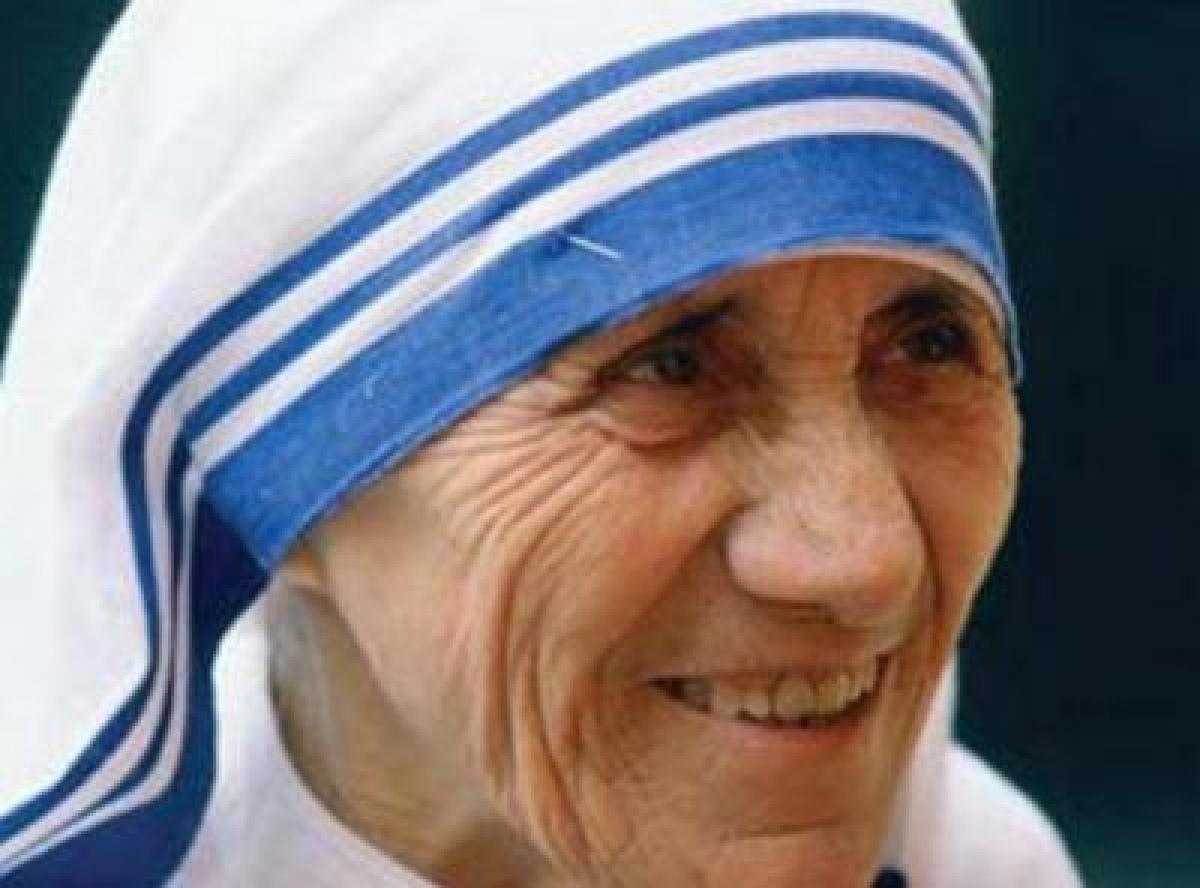 Mother Teresa-'s planned sainthood is in an -'uncharted-' place as the miracle attributed to her was denied by the so-called cured person, says...

Mother Teresa's planned sainthood is in an "uncharted" place as the miracle attributed to her was denied by the so-called cured person, says Britain-based author Aroup Chatterjee, whose work on the Albanian-born nun questions the very basis of her work in the City of Joy, for which she received the Nobel Peace Prize.

"Mother's sainthood is in an uncharted place as a retraction or denial of a 'miracle' by the 'cured' has never before happened in the history of the Catholic Church," Calcutta-born Chatterjee, who describes himself as a "militant atheist", writes in an updated version of "Mother Teresa - The Untold Story" that was released in the eastern metropolis earlier this week.

The reference is to Monica Besra, a tribal living in a remote village about 500 km from Calcutta (as the author consistently referes to the city rather than the renamed Kolkata). It was claimed that on September 6, 1998, a day after the first anniversary of Mother Teresa's death, she had been cured of a massive tumour after two nuns tied on her body an aluminium medal that had been in contact with the Mother's dead body, and prayed all night.

Soon after Mother Teresa's beatification on October 19, 2003, Besra challenged the miracle and said she was cured by medicine.

After the retraction, Chatterjee, a London-based physician writes, he sent messages to the postulator of Mother Teresa's cause, Fr. Brian Kolodiejchuk, "asking how the Vatican would deal with this conundrum. I suggested that they should start afresh with a new 'miracle'."

But, says the author, "despite the unprecedented rejection of the miracle by the 'cured' and by every other quarter, including doctors and the government, the Vatican gave two fingers to Indian opinion and secretly proceeded with canonisation."

In December 2015, the Vatican announced that Mother Teresa was well on her way to becoming a saint in September 2016 as a second 'miracle' was proven -- a Brazilian man had been cured of brain tumour/abscess when his wife is said to have prayed to her.

"As I had expected, this time they chose a different hemisphere and a different continent. Also, the identity of the cured will be kept a secret till the last moment, though the 'cure' happened in 2008. The Vatican does not want to repeat the mistakes it made with Besra," Chaterjee writes.

He also says that the selection process for the Nobel Peace Prize is “deeply flawed” and being opaque and beyond criticism has made it even more susceptible to influences, .

“Although the Peace Prize has had some worthy recipients, especially the institutional ones...I believe the award is deeply flawed. Being opaque and beyond criticism has made it even more susceptible to influences. I am not convinced that it has an effective fact-checking machinery either, as its methods are somewhat quaint,” Chatterjee says.

He notes in this context that Mother Teresa's year of birth is one the few things in her life “that is not shrouded in mythology, but the Nobel Committee has got that wrong”.

“In one of their main official handouts, given to institutions about various peace laureates, it is given as 1914 when it should be 1910,” Chatterjee writes.

“The Peace Committee is now on an over-correction drive and is desparately seeking out non-white and non-Christian recipients. The sentiment is well-meaning, but flawed. Some worthy people have got the prize (such as Malala Yousafzai and Shirin Ebadi) but mostly recipients have been non-worthy, such as Wangari Maathai and Ellen Johnson Sirleaf,” he writes.

“If anything, I was positively inclined toward her. But, by 1988, three years after I went to the West, as soon as I mentioned Calcutta, people started talking about her and leprosy, beggers and destitutes, limbless people lying on the street, et cetera,” Chatterjee told IANS in an interview.

“I was mystified and perturbed. So I wanted to look into it..still I thought she was a superb lady who was not faultless, but somehow, this image of Calcutta had permeated the world imagery,” he said. “I thought it was probably a kind of offshoot or a corollary of her image and it was not her doing."

In 1994, Chatterjee approached the production company of Pakistani British writer Tariq Ali for making a documentary on Mother Teresa and the outcome was the BBC production, “Hell's Angel”, presented by journalist and writer Christopher Hitchens. Chatterjee describes it as “the very first attempt to challenge the Teresa myth on television”.

“I obviously thought I won't let go here...let's delve into the lady's activities and all that,” Chatterjee said.

The result was an account The Times Higher Education Supplement described as “Necessary, Well-Documented”.

“It's a historical document. If in 100 years someone wants to research this woman, they can come to my book, they will have to love her or hate her,” Chatterjee said.

How did he anticipate the response to the book's re-release?

“I have to do what I have to do. People have taken so many risks for so many things, it would be cowardly of me to back out,” Chatterjee responded.