Kerala NRIs in Saudi Arabia get help from home 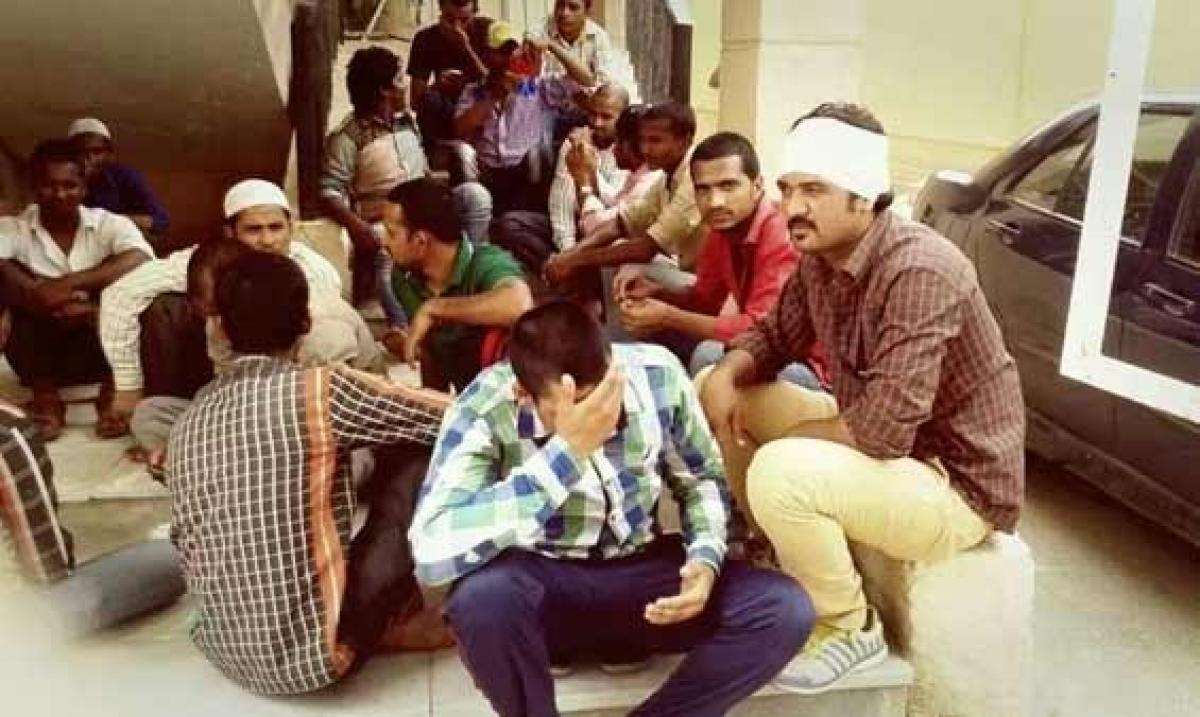 Kerala Minister for Local Self Government K.T. Jaleel is flying to Saudi Arabia to coordinate efforts with Kerala cultural groups amid reports of...

​Thiruvananthapuram: Kerala Minister for Local Self Government K.T. Jaleel is flying to Saudi Arabia to coordinate efforts with Kerala cultural groups amid reports of hundreds of Keralites in the Gulf kingdom having been rendered jobless and facing a food crisis.

Speaking to IANS, Jaleel said he along with another official V.J. Baby will fly to Saudi Arabia.

"We are planning to first go to Jeddah and we have already established contact with various Kerala cultural organisations there who will be assisting us," Jaleel said on Wednesday.

Kerala Chief Minister Pinarayi Vijayan has said that about 300 Keralites are facing tough times in Saudi Arabia after some construction companies closed down, laying off thousands of workers.

The present problem rose after a major Saudi company faced huge financial problems, which led to non-payment of salaries. Many workers who wished to return were unable to as their papers were not in order.

"I will be visiting Jeddah and two other places and will go to labour camps to see that the workers get the basic essential things," said Jaleel.

Meanwhile, former Chief Minister Oommen Chandy who played a key part in working with Union External Affairs Minister Sushma Swaraj in evacuating Keralites from Libya, Yemen and Iraq when in office, on Wednesday wrote to the minister asking her to call a meeting of top Kerala businessmen based in the Middle East.

"Businessmen like M.A. Yusuf Ali, C.K. Menon and Ravi Pillai have already expressed their willingness to help our people waiting to return by offering them new jobs in their companies. To discuss these things, it would be good if a meeting is called," said Chandy.

Union Minister of State for External Affairs V.K. Singh is in Saudi Arabia to coordinate with Saudi officials to air lift Indians wishing to return.