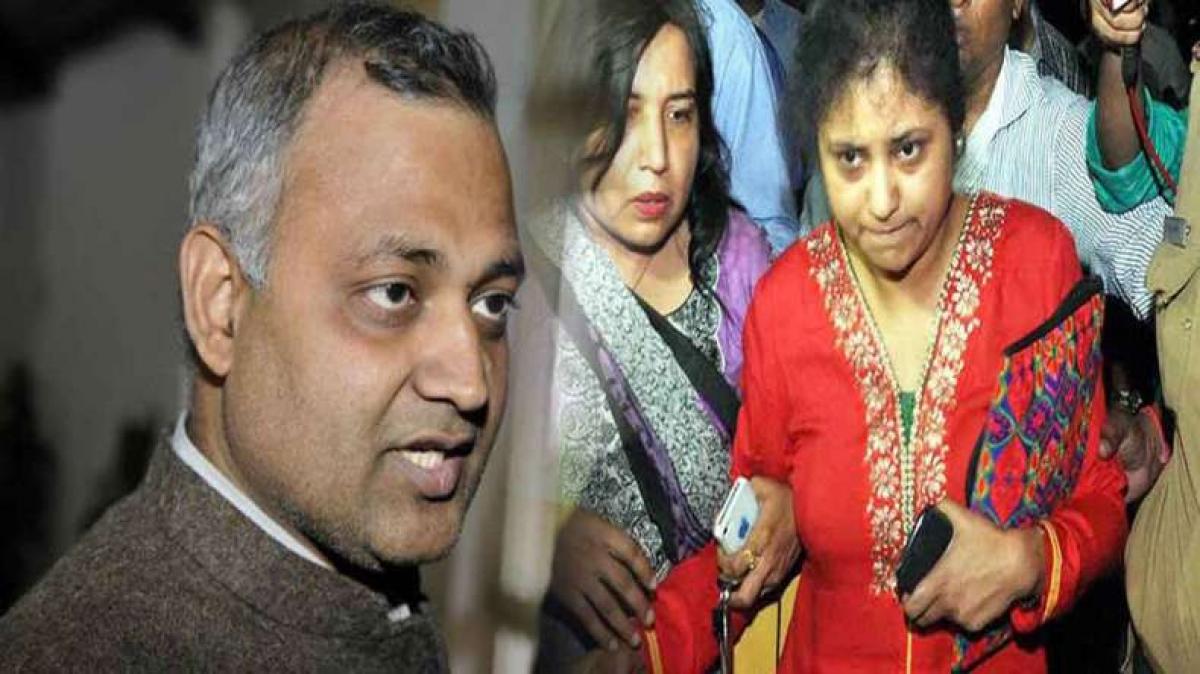 The estranged wife of former Delhi Law Minister Somnath Bharti on Monday told the Supreme Court that she was not ready to undergo mediation to settle the domestic violence and attempt to murder case lodged by her against the AAP leader.

The estranged wife of former Delhi Law Minister Somnath Bharti on Monday told the Supreme Court that she was not ready to undergo mediation to settle the domestic violence and attempt to murder case lodged by her against the AAP leader. A bench headed by Chief Justice H L Dattu took note of the statement of Bharti's wife Lipika Mitra and disposed of the MLA's petition saying that it has now become infructuous as the petitioner has already surrendered.
During the hearing, the bench also comprising Justice Amitava Roy asked Lipika's view on the issue of undergoing mediation at the Supreme Court itself.
"We asked Lipika whether she was agreeable to mediation. Her answer is positive no..." the bench said.
It then asked Vijay Aggarwal, counsel for Bharti, to approach the trial court with a fresh plea seeking regular bail.
"It is now for the petitioner to move learned trial judge seeking regular bail. If an application is made, we direct the trial judge to consider the said application either on the day it is filed or on the next day," the bench said.
The apex court had on October 1 declined the oral plea of Bharti's counsel for grant of interim bail and sought Lipika's presence today to know her stand on possibility of mediation.
The 41-year-old MLA was Sunday sent to Tihar Jail for a day by a trial court, after Delhi Police informed it that it does not seek his further custody.
Bharti's lawyer had pressed for one-day judicial custody instead of 14 days as sought by the police, as the matter was listed before the apex court today for the purpose of mediation between the leader and Lipika.
Bharti had on September 23 moved the apex court seeking protection from arrest in the case and a direction to restrain Delhi Police from arresting him till his plea challenging the high court order is decided.
Show Full Article
Email ArticlePrint Article
More On