Quota stir: Hardik detained ahead of India-SA ODI in Rajkot Patel quota agitation leader Hardik Patel was today detained by police while he was on his way to Khandheri Cricket Stadium in the city ahead of the India-South Africa One day international (ODI) match here.

Patel quota agitation leader Hardik Patel was today detained by police while he was on his way to Khandheri Cricket Stadium in the city ahead of the India-South Africa One day international (ODI) match here.

Minutes before his detention, the 22-year-old leader, who had earlier threatened to stage protests at the ODI venue on their reservation demand, told reporters that he just wanted to watch the match like a common spectator. 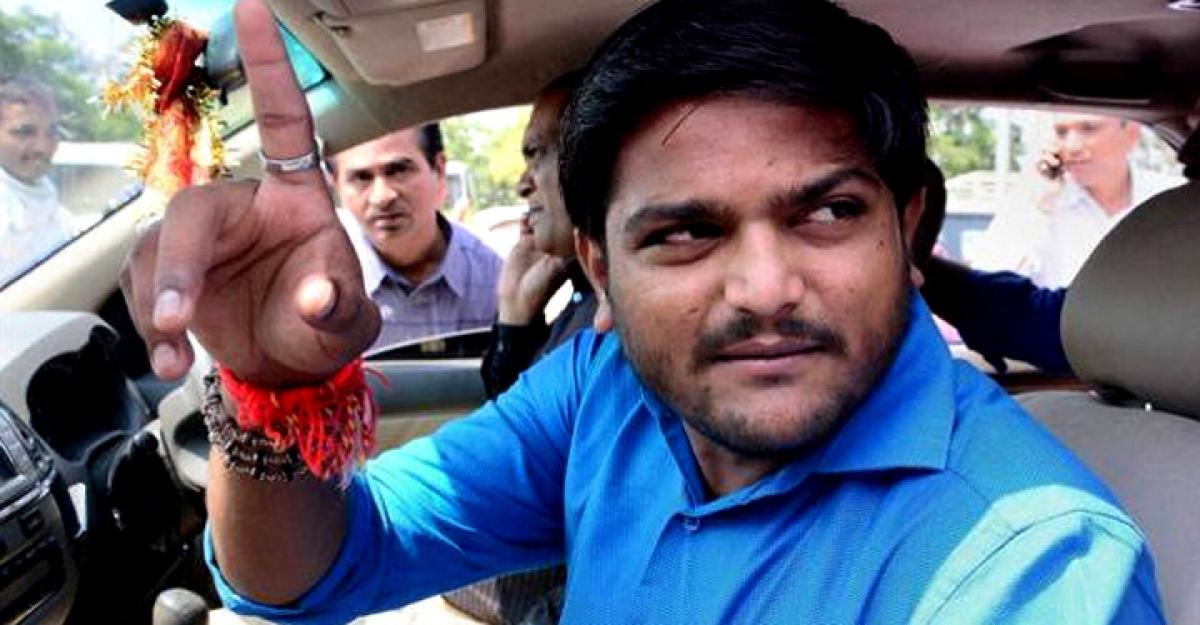 Following his threat, the Rajkot administration had last night banned mobile Internet services in the district.

"Police detained Hardik Patel from Madhapar cross road area today when he was on his way to Khandheri Cricket Stadium in the city, where an ODI between India and South Africa is scheduled to be played," Superintendent of Police of Jamnagar (Rural) Pradip Sejul said.

Hardik, the spearhead of Patel quota agitation and convener of Patidar Anamat Andolan Samiti (PAAS), and around four of his supporters were detained when he was going to the cricket stadium in the attire of a farmer, he said.

"We have not come here to protest, but we just want to watch the match with our Patidar (Patel) brothers. Like many other spectators who have come here to cheer up Indian team. We have tickets for the match also," Hardik said.

"I want to urge to the people to keep calm and not to do anything that will breach peace and law and order situation of Gujarat," he said.

Hardik, the convener of the Patidar Anamant Andolan Samiti (PAAS), had earlier said that they will block the way of two teams and not allow them to reach the stadium and gherao the venue if he and his supporters were not allowed to go inside to protest.

He had also urged the Patel community members to remain present in large number during the Rajkot match to raise their reservation demand for which they have been agitating for couple of months.

As per the PAAS, they chose the cricket match as they want the "world to know how Patel community is being harassed in the so-called development model of Gujarat".

In the wake of the threat and given the large scale violence the state witnessed recently over the quota stir, police have fortified the stadium, located on the outskirts of Rajkot city at Khandheri village, which will host the third cricket match under the Gandhi-Mandela freedom series.