His boots and cameras have traversed nearly all of the globe, but hold a very special place for one of his favourite places on the earth - India. Steve McCurry, whose camera captured the haunting and iconic \"Afghan Girl\" for an NG cover, said \"secularism and inclusiveness are one of the greatest things about India\" although there could be contradictions about the country.

New Delhi: His boots and cameras have traversed nearly all of the globe, but hold a very special place for one of his favourite places on the earth - India. Steve McCurry, whose camera captured the haunting and iconic "Afghan Girl" for an NG cover, said "secularism and inclusiveness are one of the greatest things about India" although there could be contradictions about the country. McCurry, one of the most renowned photojournalists in the world, was speaking to IANS from New York, before the launch of his book 'Steve McCurry: India' (Phaidon, £39.95, 208 pp), which presents a vibrant India with "contradictions and excitements", as he terms them.

"The greatest thing about India is it is inclusive and secular. It is a home to people of many religions, castes, and communities. India has always been a place of extreme drama - things constantly fascinating yet equally disturbing. It's a place of extremes," McCurry told IANS in a telephonic interview. 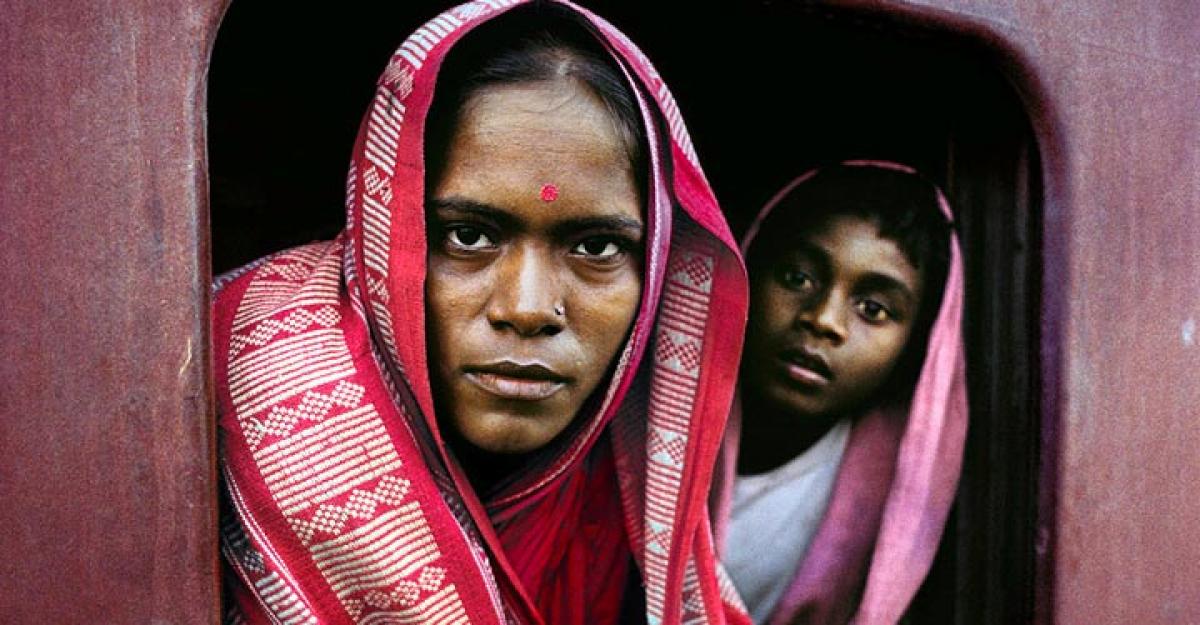 He has travelled to innumerable countries, but the "openness and ability to speak freely" in India makes him feel "comfortable and safe", he said.

As much love as he has for the country, Kashmir posed him with a life-endangering moment while he photographed the conflict-prone state, McCurry said. "In Kashmir, I felt there was always tension. The time I felt my life was in danger was one time in a taxi from Srinagar to Kargil. There was a convoy at 7 or 8 in the night on very precarious mountain road in Himalayas and we were told to switch off our lights, because there was shelling from the Pakistani side. It was a a very alarming experience," McCurry explained.

He stepped into India first in 1978, from where he went to Peshawar to photograph the "Afghan Girl" in 1985. Since then, he's been in India 75 times, spending a total of five years spread over different periods. He holds a "deeper appreciation for the country than a casual traveler," McCurry said.

McCurry's picture of the "Afghan Girl" in a red scarf, her green eyes staring intently at the camera, became one of the most famous pictures in the world. He had again located the girl nearly two decades later, but "that isn't possible at all times, as the interactions happen on a remote level with the subjects", he said.

There is mystery, contradiction and diversity in a "vibrant and colourful" India, that McCurry displays. In his new book, McCurry captures India through an inverted Taj Mahal in the water, the colours of Rajasthan, the stark contrasts and inequalities India's cities come with and other striking elements of India.

"India has been very dear, through the conversations I've had with people on trains, or being a part of the festivals and many regional characteristics each state holds. Although the whole world is getting globalised, India has a very strong and diverse character, which I don't see anywhere else," he said, overwhelmed by his love for this country.

As a photojournalist, McCurry had worked in many conflict situations, like the Afghan Civil War, the Gulf War, Iraq-Iran War and others, capturing on film the "essential soul peeking out and experiences etched on a person's face" during conflicts.

Asked if he was ever caught in a situation like Kevin Carter (a South African Pulitzer-winning photojournalist who killed himself after his photograph of a starving child waiting to be killed by a vulture was published), deciding whether to press the camera's trigger or save a life in a conflict zone, McCurry said: "There is no picture worth a human life."

"There was a time in Afghanistan when a colleague and I shifted this wounded man to hospital and probably saved his life because he wouldn't have made it through the night. One must work with compassion and there is no picture worth a human life," he said.

Inspiration for all his impactful photographs comes from his travelling and meeting people, he said, adding that it's "overwhelming to see the past I have captured through my shots."

Rubin Museum in New York would be displaying McCurry's photographs on India from November 18.

McCurry said his next project would be around people reading, where he photographs people reading all around the world in some of the most unusual circumstances.