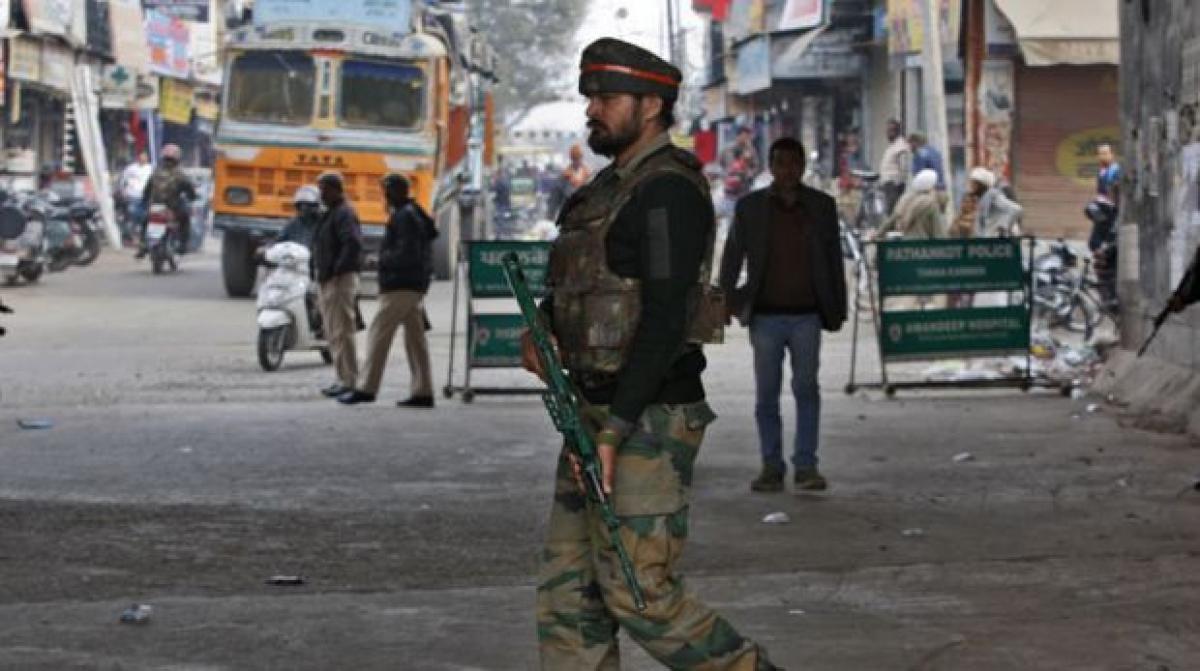 NIA team led by its chief Sharad Kumar was trying to connect the dots in the terror attack by Pakistani terrorists on Pathankot IAF base, as it visited several spots and continued to question several eyewitnesses including senior police officers.

NIA team led by its chief Sharad Kumar was trying to connect the dots in the terror attack by Pakistani terrorists on Pathankot IAF base, as it visited several spots and continued to question several eyewitnesses including senior police officers.

There was a possibility that some of the eyewitnesses could be brought to Delhi for some scientific tests including polygraph test (lie detector test), sources said.

As it recorded the statements of Superintendent of Police-rank officer Salwinder Singh and two others who were kidnapped by the terrorists, the NIA team visited the border village where the terrorists could have possibly entered and spoke to the villagers and BSF personnel.

A team of NIA, central agency created after 26/11 Mumbai attacks to probe terror-related cases, quizzed Salwinder Singh in Pathankot which showed there were some discrepancies in his statement which was being looked into, the sources said.

The agency had taken Singh to the places he had visited before he, along with his jeweller friend Rajesh Kumar Verma and cook Madan Gopal, was kidnapped.

Singh, who is facing charges of alleged breach of discipline and was transferred recently as Assistant Commandant of 75th battalion of Punjab Armed Police, had claimed that he was returning from a temple at 11 pm when terrorists kidnapped him.

The NIA also recorded the statement of caretaker of the shrine who is believed to have told him that Madan Gopal and Verma had come during day time on December 31 only to return in the evening.

The NIA plans to question Verma and Gopal again as there were some discrepancies in the account of the kidnapping incident that preceded last Saturday's terror attack at Pathankot air force base given by all the three, the sources said.