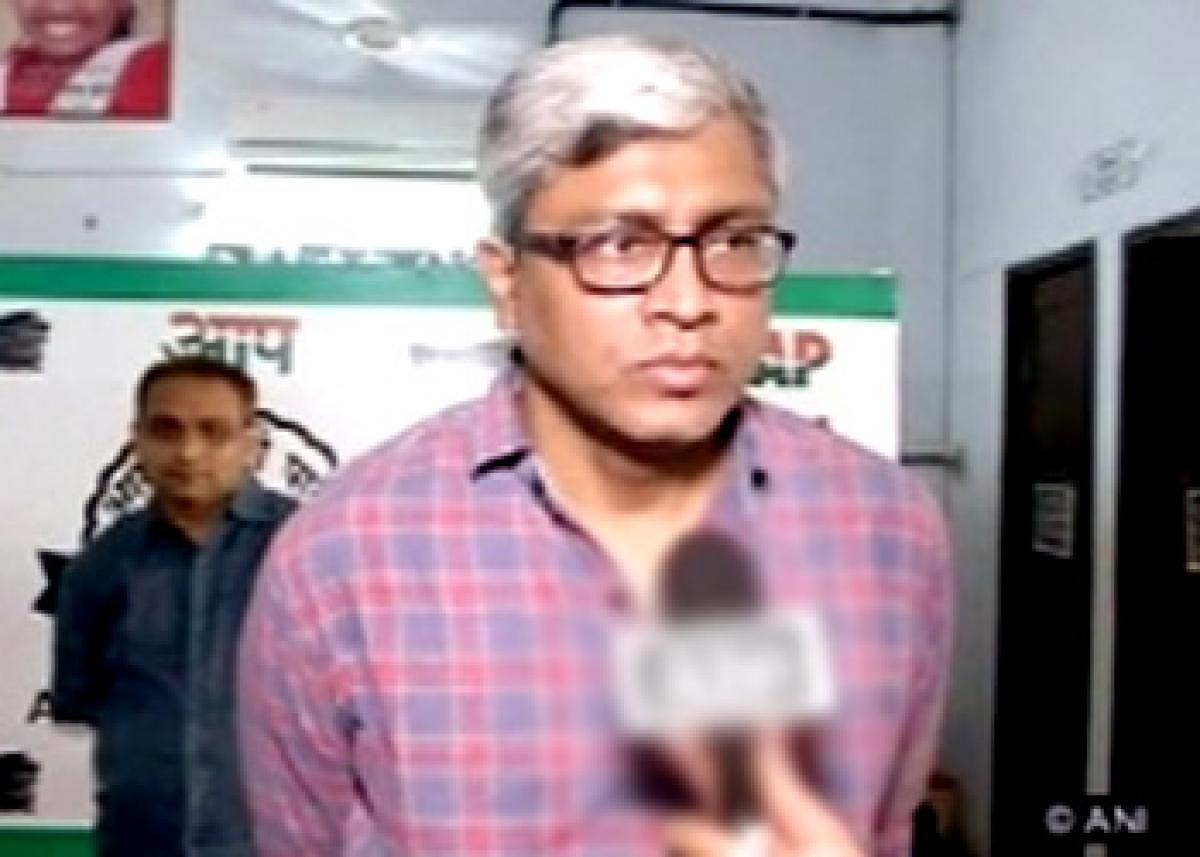 Questioning Prime Minister Narendra Modi\'s \'late\' reaction to the death of Rohit Vemula, the Aam Aadmi Party (AAP) on Saturday accused the former of shedding \'crocodile tears and being in damage control\' mode, as the Dalit scholar\'s suicide was affecting the Centre politically.

New Delhi : Questioning Prime Minister Narendra Modi's 'late' reaction to the death of Rohit Vemula, the Aam Aadmi Party (AAP) on Saturday accused the former of shedding 'crocodile tears and being in damage control' mode, as the Dalit scholar's suicide was affecting the Centre politically.

"The Prime Minister is shedding crocodile tears over the student's death. He did not say a word for five days over this issue and his own ministers Bandaru Dattatreya and Smriti Irani are being highlighted with grave severity in this entire issue," AAP leader Ashutosh told ANI here.

Holding the Bharatiya Janata Party (BJP) partially responsible for Vemula's death, he added that the Akhil Bharatiya Vidyarthi Parishad (ABVP), the student wing of BJP, had slapped false cases against the Dalit scholar and that the vice chancellor of the Hyderabad University was under constant pressure by the Union Ministers.

"The boy was pushed to the limit of committing suicide and after everything that has happened since, the Prime Minister has now found the time to shed tears. Was he sleeping for the past five days?" Ashutosh added.

He also accused Prime Minister Modi of taking a 'long time' to react in comparison to similar situations regarding his own ministers and said that it indicated the Centre's mentality towards the Dalits and the minorities.

"Whenever it is a situation regarding a Dalit or a minority, the Prime Minister takes such a long time to react. When it was Akhlaq's death, he took around 10 days to break his silence and in Rohit's case he has taken 5 days. He has realized that this situation is causing him harm politically and now he is in damage control mode," Ashutosh said.

Earlier, an emotional Prime Minister Modi had expressed anguish at Vemula's suicide and said that he felt the pain of the Dalit scholar's family.

"A young son of my country, Rohith, was compelled to commit suicide, what his family must have gone through, I can feel the pain. A mother has lost his son, there cannot be a bigger grief. Reasons (behind the suicide) and politics may have their own place but the fact remains that a mother has lost her son," he said.

Meanwhile, the executive council of the University revoked the suspension of the other four Dalit PhD scholars who had been expelled, along with Rohith Vemula, in December last year.

The announcement brought much cheer to protesting students who have been demanding that the university revoke the suspension of these students, since the day Vemula committed suicide in a hostel room.

They, however, vowed to continue their agitation unless the Centre agreed to meet their other demands that include the expulsion of university vice-chancellor, Appa Rao Podile.

Rohith, a second-year research scholar of Science, Technology and Society Studies Department, and others were suspended from the hostel last year following allegations that they attacked Sushil Kumar after the screening of a controversial documentary 'Muzaffarnagar Baaqi Hai'.

Earlier this month, five students were thrown out of the hostel after they accused the university authorities of denying them access to campus facilities, except their classrooms and workshops.

The 28-year-old victim from Andhra Pradesh's Guntur district was found hanging at the hostel room of one of his friends around 7:30 pm on Sunday.