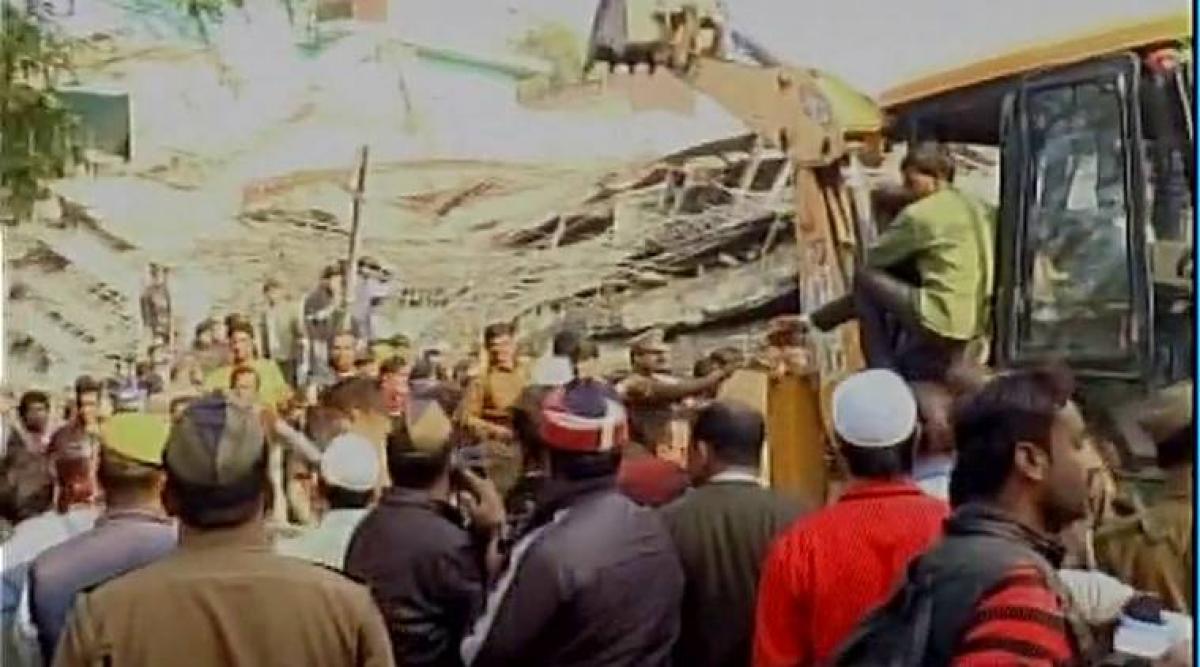 At least 7 labourers were killed and a dozen others were injured after an under-construction building collapsed on Wednesday in Kanpur\'s Jajmau. Kanpur Police DIG Rajesh Modak told PTI that number of dead and injured may rise.

At least 7 labourers were killed and a dozen others were injured after an under-construction building collapsed on Wednesday in Kanpur's Jajmau. Kanpur Police DIG Rajesh Modak told PTI that number of dead and injured may rise.

So far, seven bodies have been recovered and around a dozen injured have been sent to hospital, he said.

Home Minister Rajnath Singh also tweeted on the incident, "Spoke to DG NDRF regarding the news of an under construction building collapse in Kanpur. Two teams are rushing to the spot for rescue ops".

"I offer my condolences to those who lost their loved ones in Kanpur building collapse. I pray for the speedy recovery of the injured," he said in a second tweet.

Relief and rescue is underway with army troops also pressed into the operation. Senior administrative officials have rushed to the spot.

According to the DIG, the exact number of dead and injured could be ascertained only after sometime as many more are fear trapped under the rubble.

As per locals, the collapsed building belongs to Samajwadi Party leader Mahtab Alam but no official has confirmed this.