No one voted for BJP in Punjab polls: Mamata 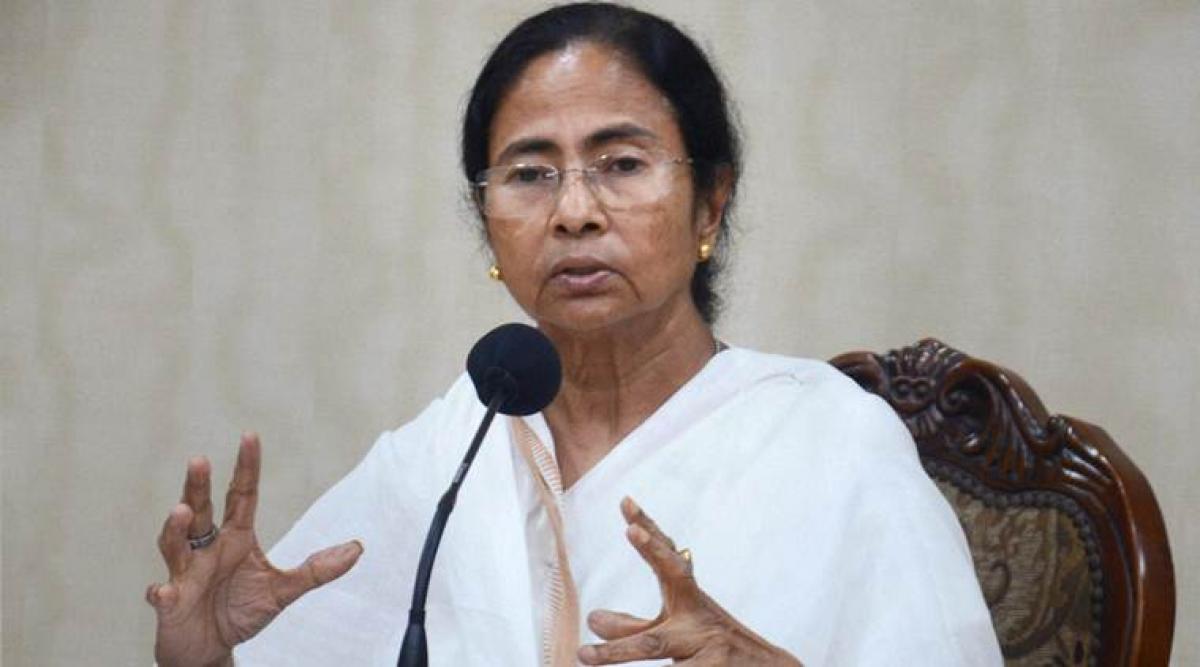 West Bengal Chief Minister Mamata Banerjee on Friday suggested the BJP that it should manage its own house as \"no one\" had voted for it in the Punjab elections.

West Bengal Chief Minister Mamata Banerjee on Friday suggested the BJP that it should manage its own house as "no one" had voted for it in the Punjab elections.

She also accused the Narendra Modi government of threatening her with a probe by the CBI as she raised her voice against demonetisation.

"BJP should manage its own house. In the just-concluded Punjab (Assembly) election, none has voted for the party.

"Only because of mistakes committed by the Congress, the BJP had come to power at the Centre. It will not be repeated. The Congress has weakened itself because of their own mistakes," she said.

The chief minister was speaking while inaugurating a booster pumping station at Harish Park in south Kolkata.

Accusing the BJP of using money and muscle power apart from using central agencies to threaten others and pull down governments, Banerjee said the saffron party should mind its own business before trying to harm others.

Banerjee held the Modi government responsible for "destroying the economy of the country".

"They have destroyed the country's entire economy. What the country had achieved in all these years have been destroyed totally because of this (note ban)," she said.

"And now when I am talking against demonetisation they are threatening me with the CBI... You can set up 1000 CBIs against me but I will go on raising my voice for the people," she said.

Turning to the Congress, she said that it should look into its own mistakes and concentrate on Delhi before thinking about West Bengal.

"Congress, you were there in Delhi for a long time. But you could not run the government well there... First you must govern at the Centre properly then talk about (West) Bengal... This will do good for you," she said.

Banerjee described the CPI-M as a "lost case" and a party with "no credibility" and asked it to stop practising destructive politics.