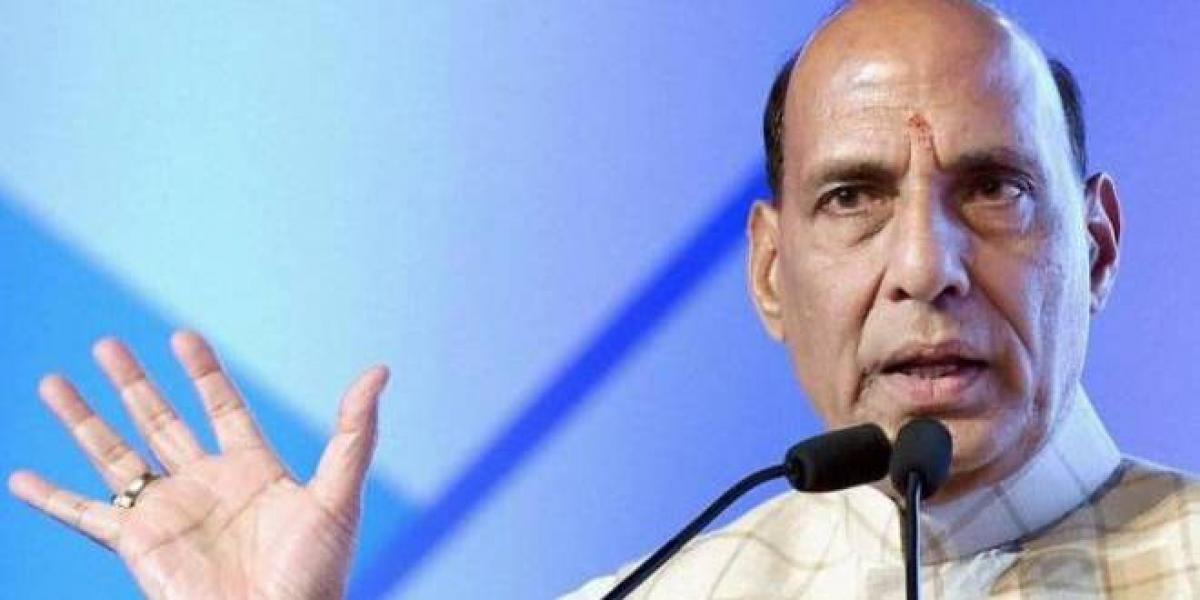 Swearing by the territorial integrity of Manipur, Union Home Minister Rajnath Singh on Sunday asserted that no force in the world could disintegrate the territory and the BJP was the only alternative to save the people.

Swearing by the territorial integrity of Manipur, Union Home Minister Rajnath Singh on Sunday asserted that no force in the world could disintegrate the territory and the BJP was the only alternative to save the people.

At an election meeting in Imphal, Mr Singh deplored the Congress's move of harping on the issue of threat to the territorial integrity of Manipur as a result of the framework agreement between the India and the National Socialist Council of Nagaland Issac-Muivah (NSCN-IM).

"There is no such provision in the pact. Even the name of Manipur is not mentioned in it," Mr Singh added.

The ruling Congress has for a long time making it an election issue. Besides, the All Manipur Students' Union has been launching agitation and demanding disclosure of the framework agreement.

The Union Home Minister said, "The Manipur government did not send any representative for the first round of tripartite talks to end the economic blockade."

Disclosing that the Centre had provided the paramilitary forces as sought by the Manipur government, he said, "I do not understand why the Centre is blamed for the blockade. India has the federal system of government and the Constitution clearly says the Centre cannot intervene on a state subject like law and order."

Mr Singh described the Congress as a 'sinking ship' and exhorted the people to vote for the BJP for speedy development in the Northeast. He claimed that insurgency in other parts of the country was contained. "But it is increasing by over 50 per cent in the state and it shows lack of effective governance," Mr Singh added.

"India has become stronger after the formation of the NDA government. We have been giving befitting replies to Pakistan," he said and added that this was possible as there was a decisive government at the Centre.

Chief Minister Okram Ibobi Singh said, "During his visit to Imphal on February 25 the Prime Minister should disclose the details of the agreement."