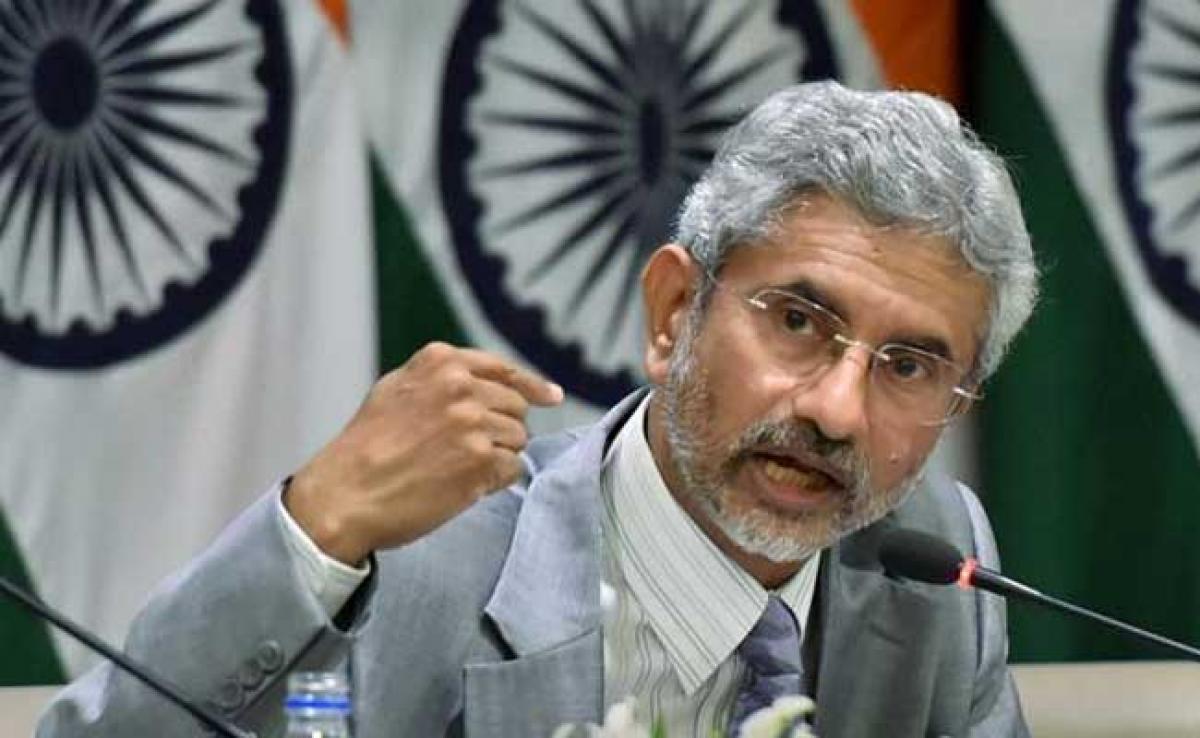 Foreign Secretary S Jaishankar will arrive in Beijing today for crucial talks with top Chinese officials amid differences over issues like India\'s NSG bid and China\'s blocking of efforts to get Jaish-e-Mohammed chief Masood Azhar banned by the UN.

Foreign Secretary S Jaishankar will arrive in Beijing today for crucial talks with top Chinese officials amid differences over issues like India's NSG bid and China's blocking of efforts to get Jaish-e-Mohammed chief Masood Azhar banned by the UN.

Mr Jaishankar, who served as the Indian envoy to China from 2009 to 2013, the longest tenure by an Indian diplomat in Beijing, will begin his visit by meeting State Councillor Yang Jiechi, Beijing's Special Representative for India-China border talks, official sources told PTI.

In the Chinese official hierarchy, the State Councillor of the ruling Communist Party of China (CPC) is regarded as the top diplomat functioning directly under the country's leadership.

Underlining the significance of the strategic dialogue, which was upgraded during Mr Wang's visit to New Delhi last year, Chinese side has deputed Mr Zhang, who is also the head of the influential CPC committee of the Chinese Foreign Ministry.

Mr Zhang, a former Chinese envoy to the US, mostly deals with issues related to China's tenuous ties with America as well as Taiwan related affairs -- both key areas of concern to Beijing.

Ahead of the talks, China appeared unrelenting in its opposition to efforts to get Jaish chief Azhar banned by the UN and ambivalent on India's membership to the 48-member Nuclear Suppliers Group (NSG).

Putting the onus on India to prove Azhar's involvement in the Pathankot terrorist attack, Chinese Foreign Ministry spokesman Geng Shuang told reporters in Beijing last week that China will back the move to designate him as a terrorist only if there is "solid evidence" against him.

China last year put a technical hold twice on India's application to get Azhar banned by the UN.

This year, the US moved the proposal in the UNSC to designate Azhar as a terrorist. China once again has put a technical hold on the move.

Also, another issue weighing on the bilateral relationship is the USD 46 billion China-Pakistan Economic Corridor (CPEC) over which India has protested as it passes through Pakistan-occupied Kashmir (PoK).

China defends the project, saying that it is a development oriented project aimed at improving lives of the local people and it makes no difference to its stand that the Kashmir issue should be resolved by India and Pakistan bilaterally.

The CPEC which is part of Chinese President Xi Jinping's One Belt and One Road project assumes significance this year as Xi Jinping has called for a world leaders summit on the initiative in May this year. Chinese officials say that Beijing is keen on Prime Minister Narendra Modi attending the summit, notwithstanding differences.

Over 20 leaders, including Sri Lankan Prime Minister Ranil Wickramasinghe have so far confirmed their participation.

Officials say China may raise this during Mr Jaishankar's visit as Beijing plans to make it one of its biggest summit meetings considering it is Xi's personal initiative.

India's ties with the US and Chinese investments in India were also expected to figure in talks during Mr Jaishankar's visit.

The two sides have been stressing that they are holding talks at various levels to iron out differences, stressing that dialogue is the best way forward.

Commenting on reports of "friction points" in the bilateral relationship, including the Azhar issue and India's admission into the NSG, Mr Geng said "differences are only natural".

Officials say Mr Jaishankar's talks in Beijing in the next two days were expected to set the tone for bilateral ties this year.