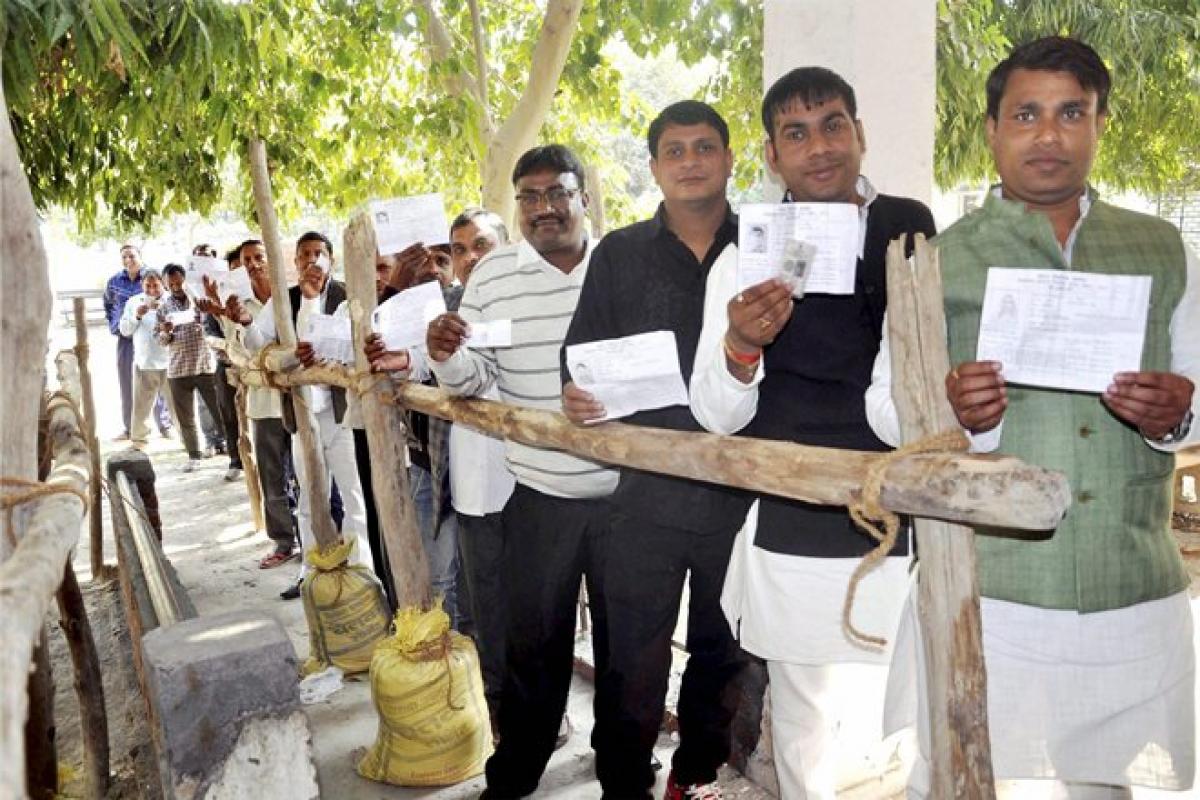 Moderate voting of 10.23 per cent is reported in the first two hours from most places across the 53 assembly seats in the fourth phase of polls in Uttar Pradesh on Thursday, a poll official said.

Lucknow: Moderate voting of 10.23 per cent is reported in the first two hours from most places across the 53 assembly seats in the fourth phase of polls in Uttar Pradesh on Thursday, a poll official said.

People were seen outside most polling stations, including Pratapgarh, Rampur Khas, Allahabad, Jhansi and Lalitpur after polling began at 7 a.m.

While eight per cent voting was reported in Hamirpur, Lalitpur registered nine, Allahabad (10.8), Kaushambi (10), Pratapgarh (10.4) and in Chitrakoot polling was highest at 12.4 per cent in the first two hours.

Around 11 per cent voting was reported from Mahoba, nine per cent in Fatehpur and 12 in Jhansi.

Some incidents of violence were also reported.

In Bundelkhand, people boycotted polling in some villages as a result there was zero polling in those areas.

The fourth phase is especially significant for the Congress, as it managed to wrest only six seats in the last assembly polls of 2012. This time it has struck an alliance with the ruling SP which is contesting 298 seats and the Congress 105.

Besides, the parliamentary constituency of Congress chief Sonia Gandhi, Rae Bareli, is also voting in this phase.

It is for the first time since 1998 Gandhi has not campaigned in an election.

Of the total seats voting on Thursday, there are 17 where both the SP and Congress have fielded their nominees.

There are a total of 680 candidates in the fray in this phase, of which 61 are women.

The assembly constituency with maximum number of candidates is Allahabad North with 26, while the least numbers are in Khaga and Kunda, which have six candidates each.