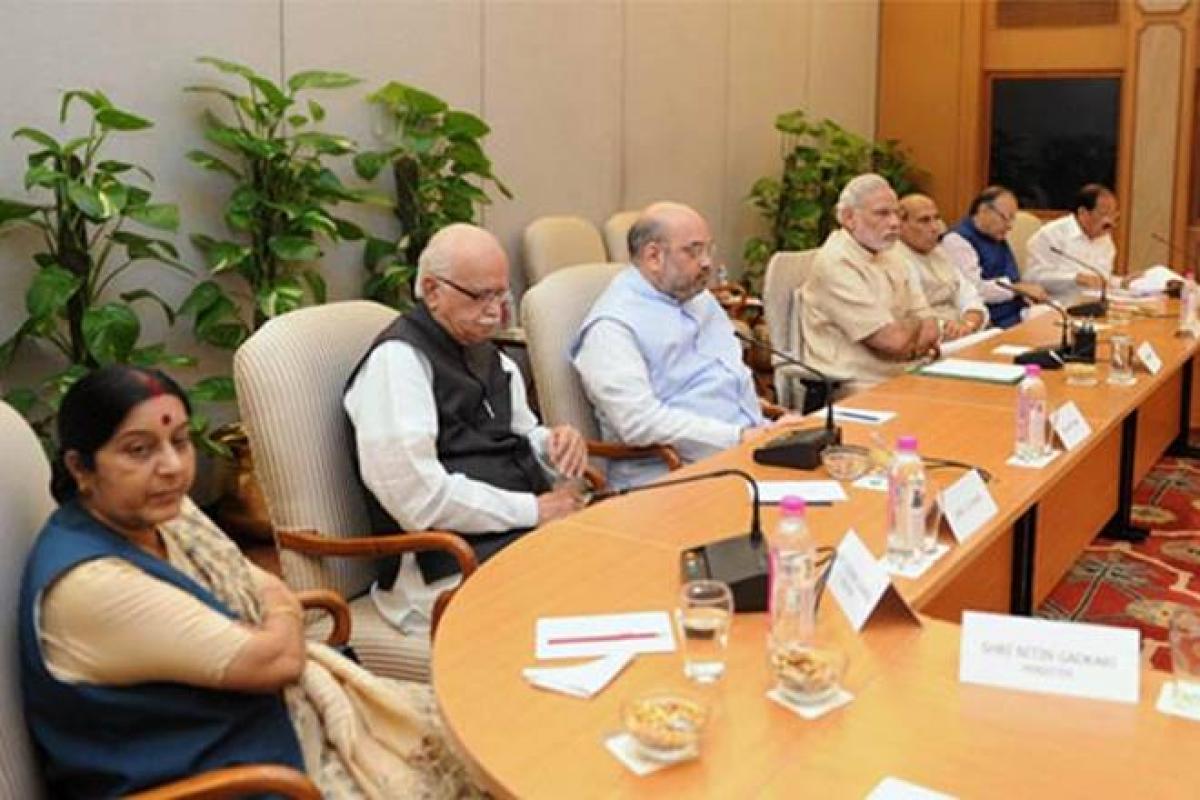 The BJP top brass set the tone for the 2019 Lok Sabha polls at its Parliamentary Party meeting today with Prime Minister Narendra Modi asking party leaders to reach out to youths.

The BJP top brass set the tone for the 2019 Lok Sabha polls at its Parliamentary Party meeting today with Prime Minister Narendra Modi asking party leaders to reach out to youths.

BJP chief Amit Shah said the parliamentary elections are the next big challenge for the party following its win in the recently concluded state polls.

The first BJP Parliamentary Party meeting after the announcement of the assembly polls results was an occasion for celebration, thanksgiving and mapping out the path ahead for the party.

Keeping up with its outreach to Dalits, a substantial chunk of whom is believed to have voted for the BJP in the Uttar Pradesh polls, it has decided to launch various week-long events from Bhim Rao Ambedkar's birth anniversary on April 14.

The party will observe the week-long exercise in every panchayat and ward. It will also celebrate its foundation day on April 6 during which its leaders and workers will take part in 'Swachh Bharat' campaign.

Modi asked party leaders to work during the week to give a boost to the use of BHIM app, a digital payment application, by educating the masses about it and helping them download it, Parliamentary Affairs Minister Ananth Kumar told reporters after the meeting.

They were also asked to publicise Ambedkar's works and contributions. The Prime Minister said youths should be made "ambassadors" of the Union government's public welfare works and good governance.

Modi said youngsters depend on mobile phones more than on newspapers and TV channels to get information and stressed on the need to use this medium of communication to tap them. He also asked the party leaders to contact them while they are in Class XII.

Shah said the party's win in the recently concluded assembly polls was an outcome of people's vote against casteism, family rule and corruption and in favour of Modi's leadership under which public welfare and good governance is the agenda.

Noting that the five-state elections were cited as the BJP's biggest electoral challenge following 2014 Lok Sabha polls victory, he asserted that the next parliamentary elections in 2019 is the next big challenge and asked the party leaders to make preparation for it.

The BJP's win underlined people's support for the welfare schemes launched by the Central government and a brave decision like demonetisation, Shah claimed.

The BJP Parliamentary Party also passed a resolution thanking voters for their support and also party's workers for their efforts under the leadership of Modi and Shah.

It also expressed hope that the BJP governments in these states will provide good governance and run public welfare programmes.

The party leaders were also distributed 'prasad' of the Tirupati temple.