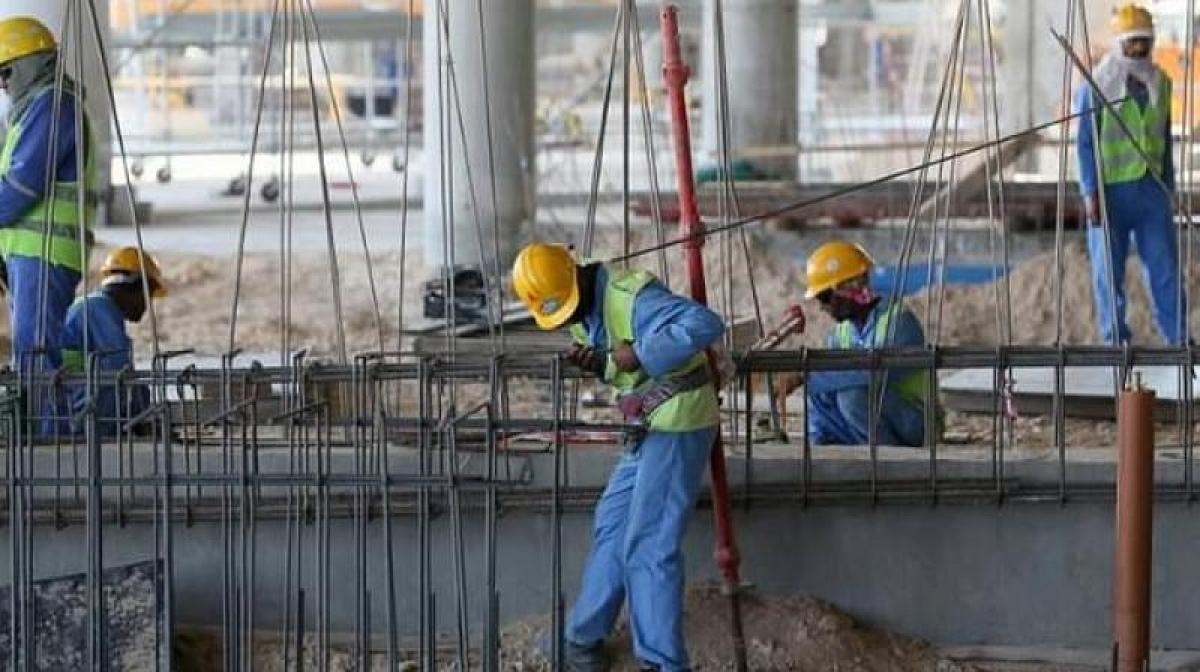 For now, all that’s on offer is the free transportation of bodies of workers like Chittam from Hyderabad airport back to their home villages.

On a hot, sleepy afternoon at Kalleda village in the southern Indian state of Telangana, Laxmi Malaya sat on the porch of her house where the body of her husband Chittam – a daily wage laborer in Dubai – was to be brought the next day.

Chittam, 45, was the second migrant worker from the village to have died in Dubai in September and among the nearly 450 Indian migrant workers shipped home in body bags since 2014.

“There were three deaths (of workers from the village) last year as well. We were told Chittam died of a stroke, but he was healthy when he came home for a visit last month,” said Ankathi Gangadhar, the former village head of Kalleda.

Officials of the Telangana state government cite stress, ill health and working in searing temperatures as the most common causes of death and say fatality numbers among migrants who travel to the Gulf from the state have remained stable.

“People discuss these deaths for a week, but then there is no initiative (to offer jobs here) so they keep leaving,” Gangadhar told the Thomson Reuters Foundation.

For decades, people have migrated from Telangana – a largely rural region with the tech hub of Hyderabad as its capital – to Indian cities such as Mumbai and to the Gulf, unable to make a living from farming, mainly due to water scarcity.

About 10,000 people migrate to the Gulf states every year from Telangana, and about 200 on average from Kalleda, according to government figures.

Most migrants believe they will be able to make good money in Dubai in just a few years – an illusion unscrupulous agents create.

“When people started leaving for Gulf states (in the 1980s), this region was reeling from years of drought. They had no option but to migrate,” said Suresh Reddy, a politician from Telangana who has worked on the migration issue.

“When they left, there were some economic gains but they paid a heavy price for it - working in inhuman conditions and leaving their families behind.”

Chittam’s annual savings rarely exceeded 12,000 Indian rupees ($185) and he sent home 4,000 to 5,000 rupees every few months. He worked in Dubai for 13 years and visited his wife and two children just five times during that period.

“He was planning to return for good next year after making a little more money,” Gangadhar said, as Chittam’s wife Laxmi looked on, numb and impassive.

Ramanna Chitla had worked in Dubai for 16 years when he returned to Jagtial, a town in Telangana, last year, determined to work to stop others from being tricked by agents.

“I saw a lot of misery there. Workers were underpaid and poorly treated. They were cheated by their agents with false promises so I thought I would come back and bring a change,” Chitla said.

Over the years, the Indian government and non-governmental groups have received a steady stream of complaints from migrant workers, ranging from non-payment of wages to torture and abuse.

Workers often take loans of 50,000 to 100,000 Indian rupees ($750 to $1,500) to pay agents, hoping to earn enough from working as cleaners and as laborers on construction sites to repay the loan, but their salaries rarely match promises.

“They don’t visit doctors when they are unwell to save money,” Chitla said, adding that deaths attributed to ill health are often due to exploitative work conditions.

Government figures show there are some 6 million Indian migrants in the six Gulf states of Bahrain, Kuwait, Qatar, Saudi Arabia, United Arab Emirates (UAE) and Oman. According to official data, more than 30,000 Indian nationals died in the Gulf states between 2005 and 2015.

The UAE embassy in New Delhi said in an emailed statement the Gulf state had introduced a number of reforms over the last few years to combat abusive labor practices including improving transparency of contracts, a wage protection system for foreign workers and a “Know Your Rights” campaign in five languages.

As a government-authorised agent, Chitla’s job is to ensure migrants understand their job contracts, the employer does not alter the terms of employment later, and that all the paperwork of the applicant is fair and complete.

But he fails to attract the same number of workers as illegal agents.

“There are at least 50 unlicensed agents who are sending hundreds of workers. I have sent 48 so far,” Chitla said.

India’s foreign ministry has made attempts to streamline the recruitment process and help workers in need. Jingles asking workers to go through only authorized agents play on radio every day but many are lured by the promises unauthorized agents make.

Chandrasekhar Boragalla, 26, a father of two, stepped out of Jagtial for the first time two years ago when he sat on a bus to Mumbai about 800 km (500 miles)away and had an interview in a sea-front office for a cleaner’s job in Dubai.

“I paid 70,000 rupees to the agent for this job. When I reached there, they made me sign a two-year bond for a salary much lower than what was promised. I wasn’t even paid for three months. I was asked to pay 85,000 rupees for leave to go home,” he said.

Boragalla returned penniless to Jagtial three months ago. He now works as a welder and is still repaying the loan he took to pay the agent from the 400 rupees he earns as daily wages.

“It’s not enough. Dubai is danger. I will not go back,” he said.

Kalleda could easily be mistaken for a prosperous village with lush farmlands and maize fields lining its roads. But earnings from farming are rarely enough to feed families.

“They are marginal farmers and own less than 5 acre (2 hectares) of land which does not support their families. Water is scarce as this is a rain fed region,” said land rights lawyer Sunil Reddy, who takes up cases of the rural poor.

“When Telangana was created as a separate state in 2014, two promises were made - more jobs and more irrigation water. But the situation is the same,” Reddy said.

Laxmi Malaya, now a widow, has a small piece of land on which she grows maize, turmeric and rice. Two harvests yielded an annual income of about 60,000 Indian rupees ($925), which supplemented the money her husband sent home.

Migrant rights campaigners are seeking a compensation for the widows of Gulf migrants.

“Compensation is their right. The money workers send back is pumped into the state’s economy,” said activist Bheem Reddy.

Jayesh Ranjan, principal secretary with the Telangana government said financial compensation for widows has been proposed as part of the state’s Non Resident Indian policy.

For now, all that’s on offer is the free transportation of bodies of workers like Chittam from Hyderabad airport back to their home villages.